An ABC News poll finds a decline in religious affiliation among Americans between the years 2003 and 2017. 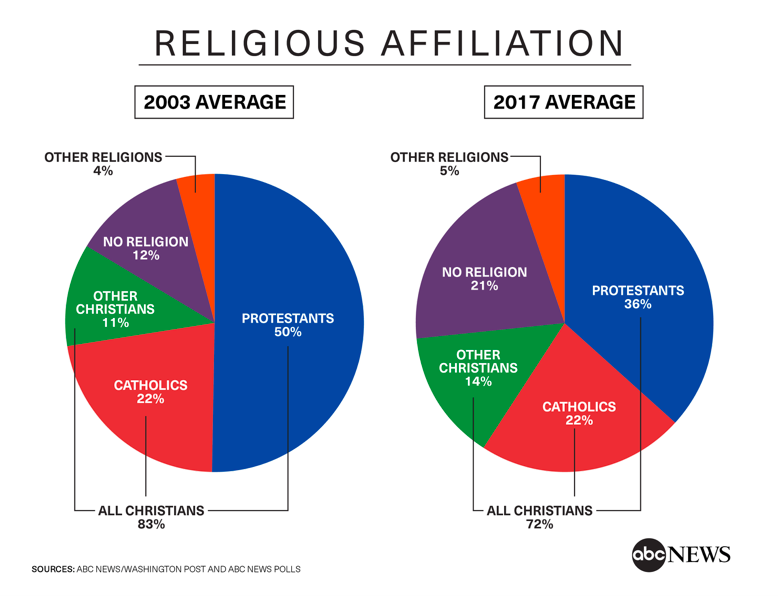 The largest shifts during this 15-year period include 16-point increases among young adults (age 18 to 29) and political liberals. The smallest changes have occurred among Republicans, conservatives and blacks (+4 points in each group) as well as older Americans, +5 points.

Having no religious affiliation is most prevalent among 18- to 29-year-olds, at 35 percent, vs. 13 percent among those age 50 and older. It’s also higher among men than women (25 vs. 17 percent), among college graduates vs. those without a degree (25 vs. 20 percent), and among whites and Hispanics than among blacks (22 and 20 percent vs. 15 percent).

Signs of movement away from religion are always encouraging.

Kevin Drum argues that the decline among white evangelical Protestants is the reason why they have embraced Donald Trump so ardently and ignored the fact that is represents pretty much the opposite of everything they claim to value. It is because they see him as their last chance to wield influence.

More politicians should behave like this » « Government thuggery on full display