In the US, whether something is called a riot or not has little to do with the amount of damage or harm caused by it. If the rioting crowd is largely white and the cause is because their team won some sports event, as happened on Sunday in Philadelphia when the local team won the Super Bowl, then it is ok. If the crowd is of mixed ethnicities and is protesting social and economic injustices, it is not ok. If the crowd is largely black and the cause is police brutality, then the riots squads are brought out to deliver a brutal crackdown.

As Newsweek explains, “Revelers reportedly ripped down light posts, caused entire structures to collapse and damaged vehicles and store buildings as they celebrated the Eagles’ 41-33 victory. But officials appeared slow to condemn the destruction caused by rioters, offering seemingly gentle requests for everyone to ‘go home.'”

This response contrasts sharply with the way cities like Baltimore handled recent protests like the ones following the death of Freddie Gray in 2015. Riots following major sports events are generally reported with humor and exasperation, while those triggered by police shootings are used as an excuse to pathologize the Black Lives Matter movement and the black community.
…

“You can riot if you’re white and your team wins, but if you’re black and being killed, you can’t speak out,” Newsome said.

Officer Friendly explains to children how the system works. 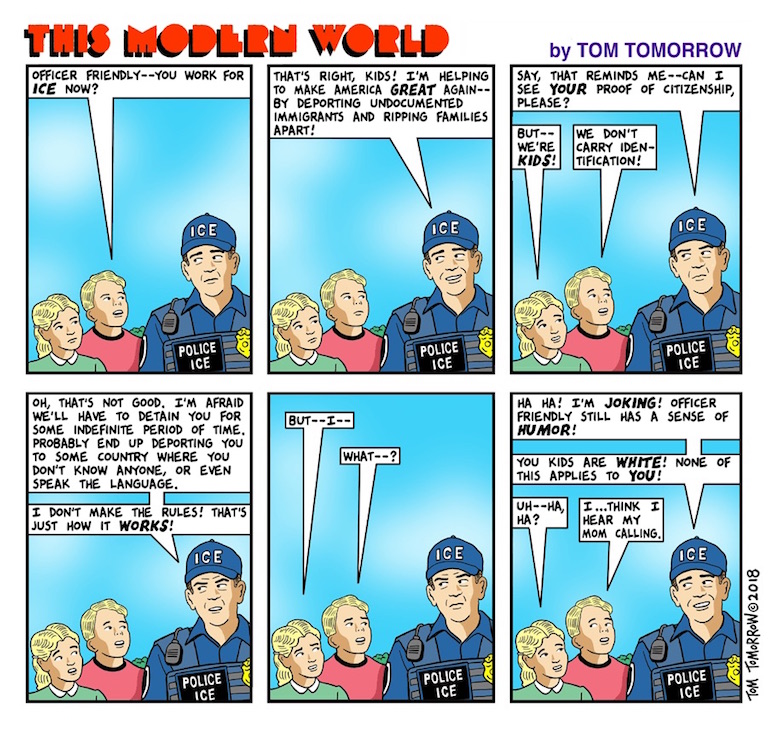