It turns out that when the numbers are looked at globally and on a large scale, the condition of people of the world on many different measures has actually improved over the last two centuries. The data is obtained from the site Our World In Data. There is a huge amount of data in easily digestible graphical form at this interactive site.

I have selected just one graph of how life expectancy at birth has increased from 1850 to 2012. It shows how back in 1850, life expectancy was generally low but the range was narrow, from 25 for the poorest countries to 40 for the richest. By 1950, the gap had dramatically increased from 25 for the poorest countries to about 70 for the wealthiest. By 2012, the gap had narrowed again from 50 to 85, but the number of countries with life expectancies below 65 had decreased quite dramatically. 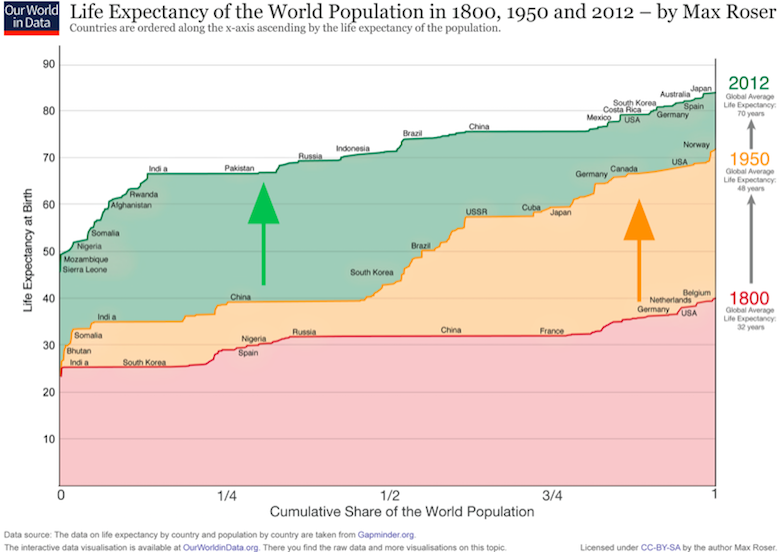 Of course, as I have said many times before, averages do not tell the whole story. Within a country, they can mislead us into a state of complacency because increased averages can mask increased inequality. But even with that caveat, there is no question that the quality of life in general has improved, with those countries that are at the bottom end of the distribution improving the most

The meaning of cousins ‘removed’ » « Keeping track of the creeps