More Republicans have voted in the first several primaries than ever before, while turnout for Democrats has dropped far below what the party saw in 2008.

Participation is down this year for Democrats by about 23 percent, or around 150,000 votes, through the first three states. Meanwhile, every Republican state to vote has seen record-breaking turnout totals.

So it looks like Donald Trump is actually turning out voters for him and while the Democrats are not. Some observers are downplaying this difference, saying that come November, Democrats will be sufficiently alarmed by the possibility of a Republican presidency that they will turn out in large numbers.

I am not so sanguine. The Democratic party has consistently shown a reluctance to convert the enthusiasm of its base into a lasting movement. Barack Obama generated huge interest in 2008 but nothing lasting was built on that surge. This is not that surprising actually. Like the Republicans, the Democrats want their base to just vote for the candidates that the party periodically puts before them and not really play a role in shaping policy, which is to be left to the party leaders and its lobbyists and the oligarchy. This low turnout may be a sign that the party base is disaffected with that kind of treatment.

If the Democratic party is not careful and Hillary Clinton is the party nominee, they could lose a chunk of their voters to Trump because of his direct attack on just such establishment control of the political process, even if they disagree with some of his message. 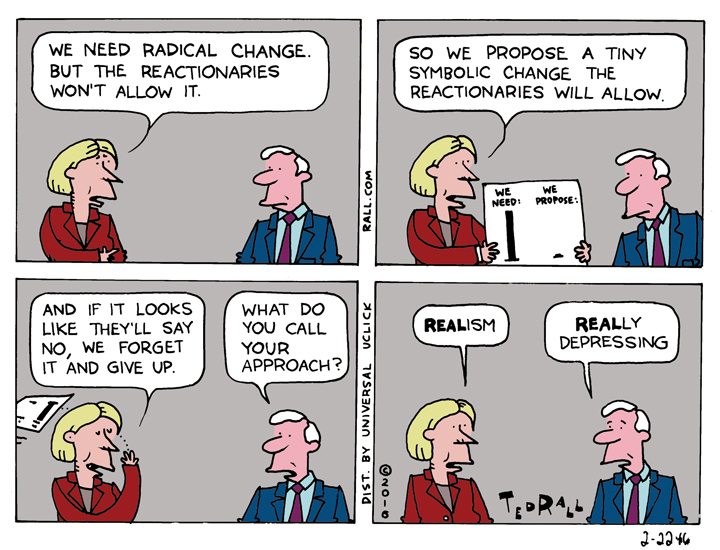