I came across this online questionnaire that asks you for your opinion on various issues and then lets you know how well you align with the various candidates running for president in the different policy areas and overall. It is more sophisticated than most such things since it not only asks you for multiple choice responses to various questions, it also asks you how strongly you feel about the issue. What I particularly liked was that it provides more nuanced options if you don’t find the first pair of binary options satisfactory, which I often didn’t.

These things, and the larger number of questions, make responding take more time than usual but not too burdensome (especially for a retired person like me!). It took me about 20 minutes. Surprisingly, there was only one science question, about funding for space travel so alignment on science is pretty meaningless.

I did the survey and the main results are not that surprising, though I aligned lower with John Kasich than I would have expected, even below Huckabee and Cruz, and he and Carson were almost equal. I was surprised by how much I aligned with Huckabee since I really loathe him. 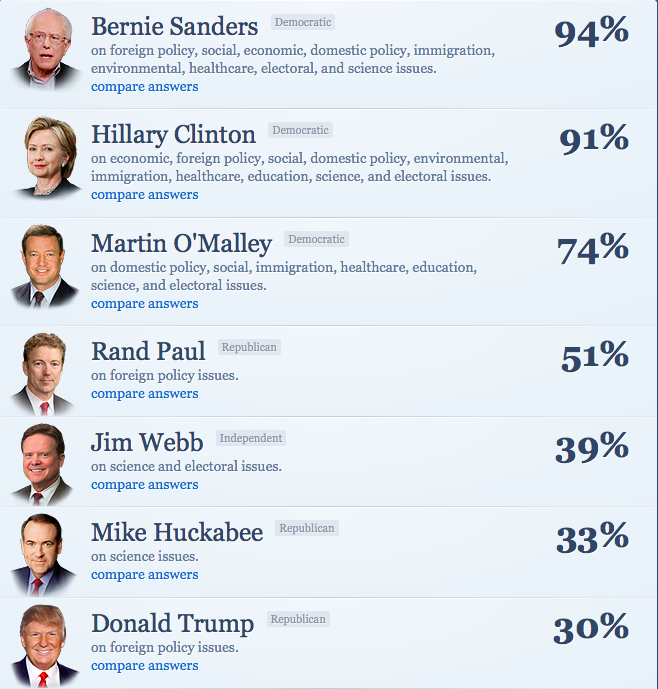 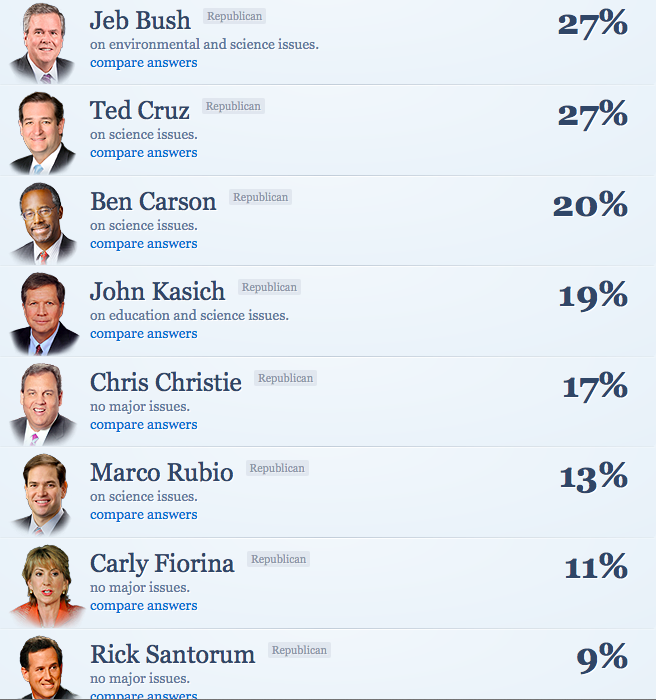 It graphically places your views on a bi-axial graph. No surprise there.

On bipolar axes of various issues, I valued privacy over security, socialism over capitalism, pacifism over militarism, isolationism over imperialism, big government over small, environmentalism over anthropocentrism, and progressive over traditional. Again, no surprise.