Like many a parent, when my children were little, I must have read the book Goodnight Moon to them about a million times. As with all such books that required multiple readings, in order to stave off the boredom of repetition, over time I developed a dramatic style and became so absorbed in the theatrical effects that I never noticed all the major problems with the room that The Ugly Volvo points out regarding the nursery room. 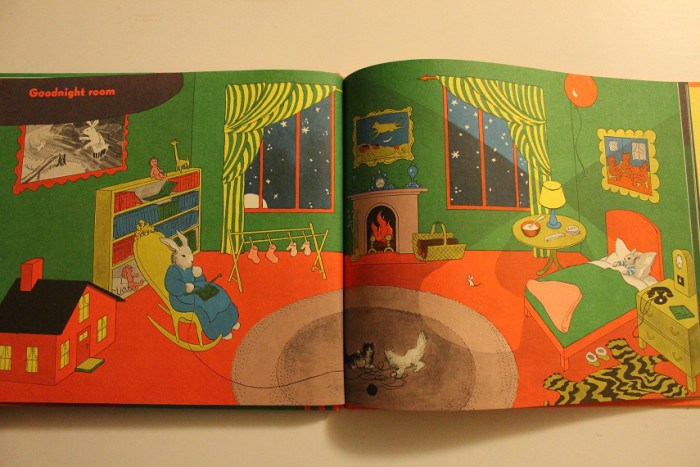 Here are some of the observations:

This bedroom is enormous. There is no one, I think, who has not noticed this. As someone who has lived in apartments only slightly larger than “a little toy house,” it’s mildly vexing that this bedroom is the size of a banquet hall in Downton Abbey.

Also the question arises as to why in a child’s nursery, one would have a black office telephone on the bedside table.

Who’s calling, his financial adviser? Why would someone this age need a telephone unless it’s to call the woman across the vast expanse of his bedroom to ask her to stop whispering, “Hush.”

These, and all the others like the strange color schemes, are all good points and I cannot believe I did not think to discuss them out with my children while reading the book.