It is a given that Christianity is the most common religion across the US. But the Washington Post has a nice set of graphics that provide a state-by-state breakdown (and even down to the county level) of the second most popular religions, and there were some surprises. 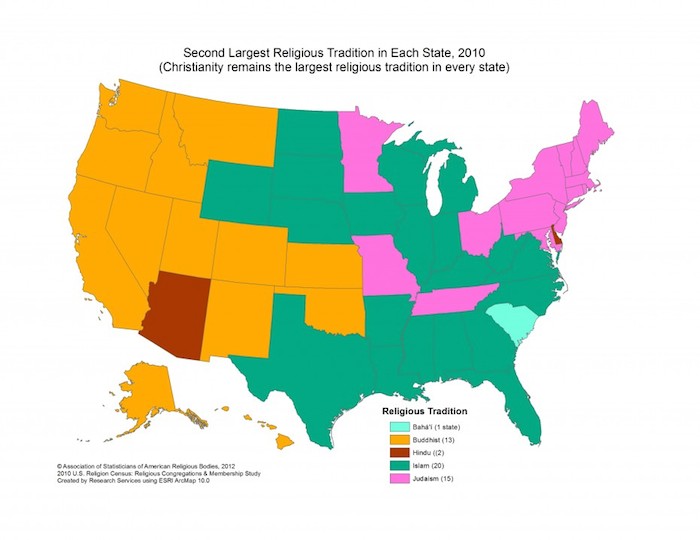 I find it interesting that Buddhism is the second most common religion in so many Western states while Islam wins out in the deep South, that hotbed of Christian fundamentalism.

The biggest surprise is that the Baha’is are the runners-up in South Carolina. Who would have guessed that? I suspect that most Americans don’t even know that such a religion exists at all. The other surprise is that Hindus come in second in Arizona and Delaware. Since most Hindus are of Indian origin, I would have thought that they would be concentrated in major urban areas.

It looks like nonbelievers were not included as a category in this compilation that was put together by the Association of Statisticians of American Religious Bodies.