There are only a few radio shows I listen to regularly, but one of them is “Under the Influence”on CBC, an amazingly good show about advertising, hosted by Terry O’Reilly. I recommend it. O’Reilly may have a kind of whiny voice, but he seems to possess detailed knowledge about all facets of advertising, and he paints great pictures with his descriptions.

The latest show is about business-to-business advertising, and features a couple of famous commercials I had never seen before: the Jean-Claude van Damme ad for Volvo, and the “herding cats” ad for EDS.

Do you know any niche radio shows that are exceptionally good?

A great example is Yale computer scientist David Gelernter. As I’ve pointed out before, when philosopher Thomas Nagel published a book about materialism, he got a lot of public criticism for his silly and uninformed views. But, according to Gelernter, all this criticism was downright unfair: he called Nagel’s critics “punks, bullies, and hangers-on of the philosophical underworld” and a “lynch mob” and a “mass attack of killer hyenas”.

But nobody picketed Nagel, or demanded he be fired from his academic job, or threatened to boycott journals where he published. They just criticized him.

Has Gelernter ever stood up for leftist professors who have been threatened with bodily harm or loss of their jobs for their opinions? Not that I’ve seen.

The latest right-wing pundit to get into hysterics is Brendan O’Neill. He calls transgenderism “intolerant”. Novelist Ian McEwan was “subjected to a Twitch hunt”, which is a “bloodsport”. Critics of McEwan “went berserk” and engaged in “virtual tomato-throwing”. It was “reminiscent” of “the Inquisition”. The criticism was “attempted silencing”. It was “straight out of Nineteen Eight-Four“.

Yup, bullies and lynch mobs everywhere. Except that there aren’t any lynch mobs. Nobody attacked McEwan physically. Nobody got in his face, or blocked his path, or threatened him. All critics did was take issue with what he said.

NPR’s Sunday puzzle last week was the following: find a five-letter word in which the position, in the alphabet, of the first letter is equal to the sum of the positions of the last four letters.

This week they gave the following answers: maced, table, whack, and zebra.

More generally, one could ask the same question for words of other lengths. Here are a few I found:

So “weeded” seems to be the longest word in English with this property. Can you find a longer one?

They also talked about words like “easy” in which the position of the last letter is equal to the sum of the positions of the preceding letters. I found the following other examples:

So the longest seems to be “cachet”. Can you find a longer one?

Once again, the creationists are telling fibs about information theory. Are they dishonest, or just stupid? In the case of Denyse O’Leary, I’m inclined to suspect the latter:

The belief that randomness produces information (central to Darwinism) is obviously false. It’s never been demonstrated because it can’t be. It is assumed.

No, it’s not “assumed”. It’s proved. It’s one of the most basic results in Kolmogorov information theory, demonstrated every year in the classes I teach. With high probability, a randomly-generated list of symbols will contain a lot of information. To understand this you can use one of Dembski’s own metaphors: the combination lock. Which will be harder for someone to deduce, a combination that is your birthday in the form mmdd, or the first four digits of pi, or a randomly-generated 4-digit code?

This does not seem to penetrate the skull of the rather dense Ms. O’Leary, who then tries to weasel out of her claim by saying

Oh, so she’s not talking about “information” in the way it is used by mathematicians and computer scientists. She’s talking about creationist information, that vague, incoherent, and self-contradictory mess invented by Dembski and used by basically no one except creationists.

That mess was debunked years ago.

Here’s an example: take any English text T, like the first 10 lines of a Shakespearean sonnet. Now apply any decent encryption function f to it that is not known to an adversary, getting U. To the adversary, U will look like random noise and hence be “unspecified”, so it will not constitute creationist information. Now I come along and apply f-1 to U, getting T back again. Voilà! I have now magically created information deterministically, something Dembski claims is impossible.

No matter how many times you explain this, creationists offer nothing but lies in response.

Mississippi is one of three US states I’ve never visited. I probably won’t visit while this law is in effect.

It seems that pretty much every day of the week, one can find right-wing spokesmen using fake quotes to justify their beliefs.

Today’s lying wingnut is Sarah Palin, who gave a sing-song speech-like thingie in Wisconsin supporting Donald Trump to barely any applause at all. Near the end (at the 20:30 mark of the video), she says,

Well, no, Patton didn’t. This was debunked months ago.

Sarah Palin, like most of her wingnut friends, is completely uninterested in the truth. All she cares about is having a cudgel to beat Democrats with.

This is pretty funny: two donors paid off George Mason University to the tune of $30 million to change the name of their mediocre law school (rated #40 in the US by one measure) to the “Antonin Scalia School of Law“.

I guess nobody noticed at the time that the acronym “ASSoL” was really, really appropriate. At least not for a while. But now they’ve quietly changed their public presence to the “The Antonin Scalia Law School at George Mason University”.

That won’t prevent everyone else from calling them ASSoLs, though.

Cold-FX, a drugstore remedy hawked by Canadian fashion icon Don Cherry, is the subject of a lawsuit alleging the makers “ignored their own research and misled consumers about the short-term effectiveness of the popular cold and flu remedy”. Cold-FX is basically just some sort of ginseng extract, although they give it the fancy name “CVT-E002”. The suit was brought by Don Harrison of Vancouver Island.

Questions about the efficacy of Cold-FX have been raised for years.

Whether or not the claims of Cold-FX are false — nothing has been proven in court yet — there is no question that there is a lot of fraud in the over-the-counter pharmacy market, including worthless homeopathic remedies marketed as being effective against a wide variety of illnesses.

Hopefully this lawsuit, whether it succeeds or not, will make pharmaceutical companies much more diligent about ensuring the veracity of their claims. 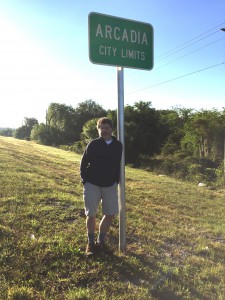 This is Recursivity, a blog about mathematics, science, evolution, politics, musics, and whatever else interests me.  Welcome.

I’ve been blogging at blogger for more than 10 years, so I guess this is a step up, although most posts here will still be cross-posted to blogger.  I’m pleased to join fellow bloggers such as P. Z. Myers and the Digital Cuttlefish.

A little about me:  in my real life, I teach computer science at the University of Waterloo in Waterloo, Ontario.   However, I’m an American citizen, and most of my views are informed by an American, rather than Canadian, view of the world.   You can visit my home page at the link in the previous sentence to see my research interests.