The cringiest. Some group of Musk cultists created a cryptocurrency called ElonGOAT, and decided to promote it in the goofiest way they could think of: by building a monument to Elon Musk.

Elon GOAT Token has really stepped outside the box and did something no other Crypto project has dared to do. We built Elon Musk a $600,000 monument on the back of a semi trailer in honor of his many accomplishments and commitment to Cryptocurrency! Since completion, $EGT has toured several states in the US and has now decided to deliver this gift to Elon at Tesla’s Giga factory in Austin!

We believe that Elon’s potential acceptance of this biblical sized gift could catapult $EGT into the limelight and accelerate its various initiatives.

$EGT’s future is bright with our ambitious plans to launch EGT PRO’s merchant processing solutions in early 2023. We also believe with proper execution the subsequent run at multiple centralized exchange listings will take us to the top! 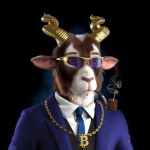 Right. So they’ve invented some fake money, and they think the way to get people to invest in it is to spend $600,000 on an ugly-ass statue to get Elon Musk’s blessing. They’re also selling 5,000 NFTs…oops, I just stole one.

They also invented an ‘event’, driving this statue to the Tesla factory to convince Musk to tweet about them, which would somehow vastly increase the value of their precious imaginary coin. They’re urging everyone to buy buy buy now, before the anticipated Elon Tweet sends the price skyrocketing to the moon. That’s it. That’s the entire foundation for its value, getting a nod of acknowledgement from the petty god they worship. They’re chattering away about it online. They’re begging Elon Musk to come out and appreciate their work on Twitter.

$EGT TESLA SECURITY PERSONALLY CALLED ASHLEY AND GAVE HIM INSTRUCTIONS ON WHERE TO PARK!!!! ❤️❤️❤️🐂🐂🐂🐂🐂

That was from 15 hours ago, and was the last comment from the people dragging this statue to Austin. Maybe we can take a peek at how well their scheme is working.

Oops. The line go down. They lost 60% of their value the day they delivered their monstrosity.

Part of the problem might be that, goddamn, this is the ugliest statue I’ve ever seen. Maybe they’ve finally found a way to embarrass Elon Musk. 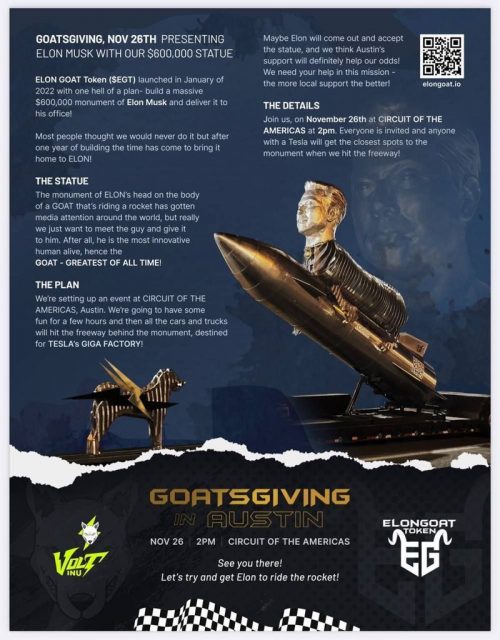 I mean, look at that thing! It’s Elon Musk’s head grafted onto the body of a goat, riding a rocket. It’s hideous. What drugs were they taking when they came up with that thing? I need to know so I never ever take them myself. 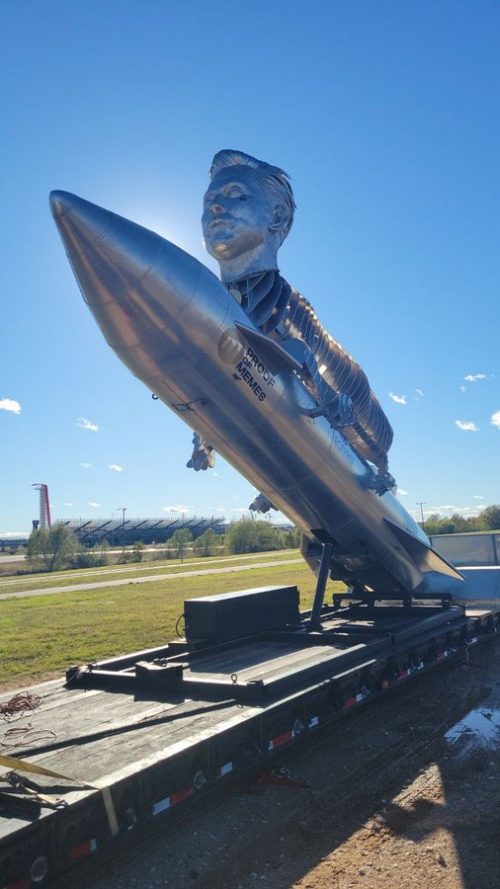 It’s a pile of aluminum scrap. Musk is going to pretend it doesn’t exist because taking ownership would mean he’d have to get it melted down, another expense added to his long list of woes. Although, I do have to admit that an ugly wasteful lump of metal built to celebrate stupidity and delusions might be the most appropriate monument for Elon Musk.

Now that Thanksgiving is out of the way… » « Happy 5th Birthday, Knut