It happened in Brooklyn Park, which has nothing to do with New York — it’s a Minneapolis suburb. Biden supporters/antifa/anarchists attacked this poor man, setting his truck on fire and defacing his garage with graffiti. 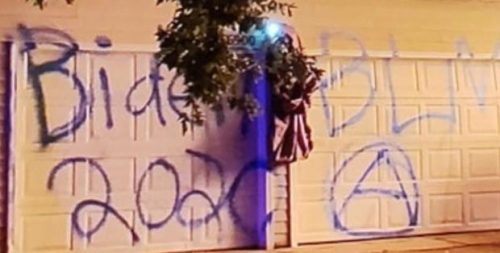 Oh, the vandalism! The destruction! 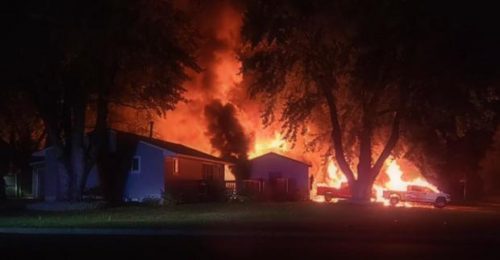 Molla reported to police that someone set fire to his camper “because it had a Trump 2020 flag displayed on it,” and spray painted the Antifa or anarchy symbol, “BLM” and “Biden 2020” on his garage door. 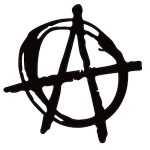 Those darn liberals. That’s an incoherent mess on that door — anarchists tend not to favor establishment politicians. Whoever painted that doesn’t even know how to spray paint an anarchy symbol properly. Like this, OK? It’s easy.

Except…it looks like the not-very-bright “victim,” Denis Vladmirovich Molla, was simply practicing a typical Republican grift that he learned from his masters.

The U.S. Attorney’s Office says Molla actually lit the fire and defaced the garage himself.

Court documents show that Molla then “submitted multiple insurance claims seeking coverage for the damage to his garage, camper, vehicles, and residence caused by the fire.”

Molla submitted insurance claims totaling more than $300,000, receiving only $61,000 in the process. He then accused his insurance company of “defrauding him.” Court documents show he also yielded more than $17,000 from two GoFundMe accounts.

The only university that counts » « Grossest family ever