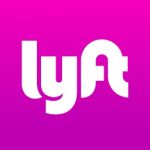 It’s impressive that Lyft can profit off women getting raped in their cars. Lyft just paid out $25 million in a lawsuit that accused them of failing to protect passengers from predatory drivers. You might assume that money went to the victims, but no.

According to Alison Turkos, one of the survivor-plaintiffs suing Lyft, neither she nor any of the other survivors harmed by Lyft are receiving a dime. She told Jezebel in a phone interview that she fears people who see Thursday’s news will read “$25 million” and “settlement” and conclude that Lyft is paying survivors.

In 2017, Turkos was held at gun-point and kidnapped by a Lyft driver, taken to an abandoned park and gang-raped by him and several men. Now, Lyft is paying its ultra-rich shareholders $25 million. They say they were the ones who were harmed—because Lyft cost them money by mishandling sexual assault allegations. Lyft did not immediately respond to Jezebel’s request for comment for this piece.

Holding shares in Lyft is an investment in profiting off rape.

The schadenfreude continues » « Not how I like to start my morning