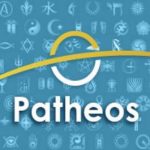 A bit over ten years ago, a bunch of us faced a dilemma: National Geographic had taken over hosting of our blogs, and they were sending not-at-all subtle signs that they did not like people who criticized religion, and they were going to start imposing new restrictions on what we could write. That’s why you’re reading this on freethoughtblogs.com — Ed Brayton and I decided to set up this independent site and move our blogs here, and host other godless bloggers. Others, like David Gorski, just set up their own independent blogs. A few were seduced away by the giant group blog, Patheos, who swore on a stack of Bibles that, while they were primarily a religious site, they’d allow atheists to have their own subdomain, with no severe restrictions on their content. They also had money and could provide a reasonable revenue to their bloggers.

I was never invited to join Patheos (I guess I was too atheist for them) and wouldn’t have been at all tempted to go under the wing of such a site — I wouldn’t like the company I’d have to keep, and I didn’t trust them at all. I’m not surprised at all that now, after a decade of tolerance, Patheos management has decided to change the rules on everyone.

Efforts to reach Patheos’ management team were unsuccessful, but the departing bloggers and their channel manager, Dale McGowan, said that about a year ago, Patheos decided to change its editorial direction. Bloggers were advised they could stay at Patheos so long as they stopped writing negative or critical posts on religion or politics and instead focused on how to live a good life within their own worldview.

All my suspicions are confirmed, and the temptation is great to say, “I told you so!”. We were snookered too, though — for many years we hired Patheos to provide our ad services here. You don’t see any ads now, do you? That’s because their ads were so obnoxious and intrusive that we finally canceled them altogether. So the bloggers that are now departing en masse have my sympathy, and I wish them the best of luck at their new site, OnlySky.

Well, except maybe Heman Mehta, who has been sticking his foot in his mouth for a while.

There aren’t any media outlets that cater specifically to atheists,” he said. “All the other atheist specific blogging networks are run by volunteers and people who are passionate about the subject but don’t do business-savvy anything, so they falter and die. This one has digital expertise.

Oh, really? No other atheist media outlets? Freethoughtblogs is a media outlet, it’s also explicitly atheist/humanist. What about The Orbit?

We are “volunteers and people who are passionate about the subject”, but I’ve never considered that a negative.

We “don’t do business-savvy anything”, because we’ve worked on being independent of any capitalist control, whether it’s NatGeo or Patheos ad services. I presume OnlySky has learned the same lesson we accepted years ago.

What’s this about “falter and die”? We’ve been doing well for over ten years, and even weathered a $2 million lawsuit, with the assistance of our most excellent readership. It’s rather foolish to declare that all other atheists networks have died off, when a) we’re standing right here as a refutation, and b) you’re about to start a new atheist network in what you’ve declared to be such a hazardous and infertile field. We aren’t going to disappear just because Hemant Mehta doesn’t think we exist.

Good fortune, OnlySky, but I hope Mehta isn’t your spokesperson in the future.

Maybe reserve your hope that anyone “falters and dies” for Patheos.

The face of the Democratic party is tired and useless » « I’m thirsty, says the spider