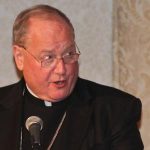 We atheists really can’t take credit for it — years of shaking our fists at the churches and patiently explaining that religion was all bullshit did nothing. What’s finally killing the churches is the one-two punch of the pandemic (turns out prayer doesn’t cure disease after all) and the hateful ideologies of the far right that have corrupted the churches in a way no one can ignore any more.

I predict an unfortunate side-effect, however: it’s the good people who honestly care about their congregations, and the people who actually believe in those radical Christian ideals of community and sacrifice and helping the poor who are giving up. The libertarians and the fundamentalist fanatics and the con artists are doing just fine. The WaPo has some anecdotes about various clergy abandoning their churches.

Aldape is part of an exodus of clergy who have left ministry in the past couple years because of a powerful combination of pandemic demands and political stress. Amid fights about masks and vaccine mandates, to how far religious leaders can go in expressing political views that might alienate some of their followers, to whether Zoom creates or stifles spiritual community, pastoral burnout has been high.

The past few years have jostled and rocked the labor market overall, with many millions losing and changing jobs either by force, by choice or a combination of the two. But some research and anecdotes suggest this period is a crisis for American clergy.

I sympathize with the pandemic stress, I’ve been feeling it too. I think a lot of teachers are reconsidering whether this job is worth it. We’re generally spared the follow-up punch, though, since we’re fortunate to live in a bubble of the well-educated, where we’ve already filtered out many of the assholes who afflict the citizenry. I think churches tend to select the other way.

Gustafson found himself at odds with higher-ranking clergy.

“I felt like, if people care more about their individual rights than caring for their neighbor, then it’s a matter of discipleship,” he recalled. He was told to “focus on Jesus,” he says. Then came fall 2020, and President Donald Trump’s comment in a presidential debate to right-wing extremists that they should “stand back and stand by.”

Gustafson posted to his Facebook page that he was disappointed in Trump.

Soon, he said, he was getting pushback from some congregants and clergy. One told him, he said, that half the church members were Trump voters and that his problem was that he didn’t love them.

Now it’s just not the clergy, but some members of those congregations are abandoning the church. Those departures are usually unsung and unnoticed, unless the apostate happens to be really, really rich. Those are the lost souls that really sting the church.

An advertising-technology billionaire has formally resigned his membership in The Church of Jesus Christ of Latter-day Saints and rebuked the faith over social issues and LGBTQ rights in an unusual public move.

Jeff T. Green has pledged to donate 90% of his estimated $5 billion fortune, starting with a $600,000 donation to the LGBTQ-rights group Equality Utah, the Salt Lake Tribune reported.

Green said in a Monday resignation letter to church President Russell M. Nelson that he hasn’t been active in the faith widely known as Mormon for more than a decade but wanted to make his departure official and remove his name from membership records.

That’s a good start, giving up on a repressive church and giving up most of his fortune (giving away 90% of $5 billion leaves him with $500 million, so he’s not exactly a modern day Siddhartha, but it’s commendable), and you have to appreciate his motivation.

“I believe the Mormon church has hindered global progress in women’s rights, civil rights and racial equality, and LGBTQ+ rights,” he wrote. Eleven family members and a friend formally resigned along with him.

Oh, he noticed? My years of living in Utah made me highly aware of the pernicious influence of the LDS church. You meet so many women who have resigned themselves to a life of pumping out babies, some in polygamous relationships that glorify the men, and all you have to do is walk down the streets near the temple to meet homeless kids, many of whom were kicked out of their homes because the church demonizes gay people. Mormonism is good at putting up a straight-laced facade over a broken morality.

It’s not just the Mormons, of course. How can anyone fail to notice Catholic pedophilia or Protestant greed? It’s a testimony to the power of superstition and fear that any religion survives at all.

However, aggressive, forthright opposition also works » « My portrait, after a couple of rough years