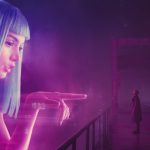 One of the advantages of small town living is that I won’t get this crap until at least 20 years after those of you in the big cities. It’s called anamorphic advertising.

No. Just no. I don’t want this anywhere. Fortunately, it’s somewhat limited in that it only works when viewed from a small range of angles, but still, as the article points out, this can get obnoxious and distracting fast.

The trend could make advertising more dynamic and fun, giving us giant digital playspaces anytime we step outside. “When you literally have things popping out of a billboard at you, it feels inviting in all kinds of new ways,” said Greg Coleman, Prime Video’s global head of marketing and franchise.

It could also turn our public commons into obtrusive brand exercises, making advertising literally something we can’t avoid. Anyone who has ever endured a too-popular meme knows it’s a short jump from virality to annoyance.

“This is exciting and it’s attention-getting,” said Arun Lakshmanan, an associate professor of marketing at the University at Buffalo School of Management and an expert in immersive advertising. “It also could really start getting intrusive.”

I don’t know about you, but I was already prepared to hang all the marketing professors. I’m imagining driving down I94 to the twin cities, and now in addition to all the Jesus billboards and baby heartbeat billboards, I get to see Kris Lindahl flapping his arms all over the place. Yuck.

Totally unsurprising revelation of the day » « It’s good to be the CIA, or rich