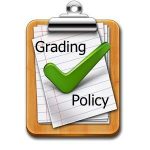 As has become increasingly typical, I was up late last night grading exams, rather than reading a good book or watching a movie or going for a walk, like normal people do, and I was getting a little bit frustrated. This was an exam for an introductory biology course, all first year students, and it was fairly straightforward: about 40% multiple choice questions, the rest being short “essay” style questions that had to be answered with a coherent paragraph. I had questions like, “explain the difference between methodological and philosophical materialism” (yeah, there was some baby philosophy in this course) and “summarize the work of Peter and Rosemary Grant”, all stuff that we’d discussed in class, and if they’d missed class, it was there in the lecture notes I’d posted online, and which they should have studied.

You will be shocked and surprised to learn that some of them had not studied.

What annoyed me, though, and ate up a lot of my time, was when desperate students who had not studied tried to bullshit their way through an answer, throwing out vaguely recalled terms, hoping that some of them stick. The Grants, for instance, who actually did work on finch beaks and adaptation, were assigned to have worked on Galapagos tortoises or iguanas, and seemed to have compiled a taxonomic catalog of random, memorable animals on the islands. You don’t even want to know what kind of inventions they created to explain away the philosophy or history of science, or how the Cambrian was after the Cretaceous. It was ludicrous errors of fact and random word association games, and worst of all, I had to carefully read it all to see if there was a glimmering of an echo of a shadow of comprehension in there, and give them points for it. Ick.

I think I was muttering to myself something like “why don’t you just admit you didn’t know the answer” when I had my idea. In the very first lecture in this course I had talked to them about the value of asking good questions, and how it’s acceptable for a scientist to say “I don’t know” when they don’t have a good answer, and I thought, I should encourage them to admit when they don’t know the answer, especially since I have a pretty good bullshit detector. So I’ve invented a new policy I’ll announce to them.

If you don’t know the answer to an exam question, just write “I don’t know” and I’ll give you 25% of the points. It’s that easy! It’ll save me the agony of trying to interpret word salad, which generally earns 0 points anyway, and you’ll get a few points for honesty. Everyone wins!

Of course, 25% is not adequate to pass the course — 50% earns a “D” grade — so you can’t expect to slide through by answering “I don’t know” to everything, but if you hit one or two questions you’re drawing a blank on, it’ll spare you some anxiety and suffering, and me some exasperation, if you can just dismiss the question and move on. It’s also fitting with a major theme of the course, which is about how scientists do science and how we came to understand principles of evolution, genetics, and development.

I’ve only been teaching for a few decades before I thought of this simple solution to a chronic problem.

The creationist sawtooth function » « Really, world, I can’t afford much of a drop in life expectancy