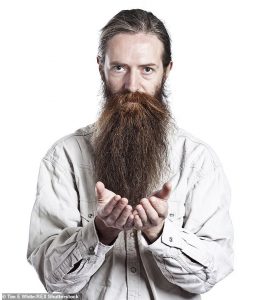 I guess the Aubrey de Grey affair, in which he was accused of sexual harrasment and lost his job, has been concluded with the release of the independent investigation’s report. De Grey has his own peculiar twist on it.

Now that the relevant portion of the independent investigator’s work is finished, and especially because her report quoted the full text of the email in question, I am at last in a position to apologise – which I gladly do publicly – to Laura Deming for my email to her in 2012, about which I had forgotten until the investigator reminded me of it. As STAT reported three weeks ago, I consider that that email would have been a mistake even if she had been five years older, because we were in a mentor-mentee relationship. I catgorically deny Laura’s current (though, as she made clear on August 10th, not contemporaneous) view, shared by the investigator, that I sent that email with improper intent – but my email does not become OK just because improper intent is now being misread into it. It’s also no excuse that I had interpreted the email from Laura to which I was replying as light-hearted, rather than as expressing “concerns about mentors doing stuff like that” (as she wrote on August 10th), and allowed myself to be emboldened by it. Laura: I unreservedly apologise.

So only now can he apologize, after the investigators published his offensive email in full. If they hadn’t published it, he wouldn’t need to apologize? It’s nice that he apologizes now, but notice that he says nothing about the final results of the independent investigation, which found him guilty, guilty, guilty. It’s pretty scathing, actually, but I guess he’s in denial.

First, we find Dr. de Grey purposefully and knowingly disregarded multiple directives (from the acting Executive Director, this investigator, and his own counsel) to retain the confidentiality of the investigation. In his interview, Dr. de Grey not only admitted to this conduct, he made unreasonable efforts to justify it (e.g., downplaying it as a “transgression” that “worked.”)

Second we find Dr. de Grey misrepresented facts to the Recipient. He suggested the investigation concluded Complainant #2’s claims were “100 percent fictitious.” Yet when pressed as to the source of that information, Dr. de Grey acknowledged he extrapolated this interpretation from Fabiny’s comment that he was going to be reinstated. We note in a Facebook post published after his termination on August 21, 2021, Dr. de Grey seemingly acknowledged taking liberty with Fabiny’s comment, characterizing his interpretation of her comment as “exaggerated.” We also note that after Dr. de Grey learned the following day that the investigation had in fact sustained Complainant #2’s claims against him, he made no efforts to correct his earlier misstatement, either to the Recipient or to his Facebook audience (having reposted on August 21, 2021 his original message referring to the claims as “100 percent fictitious.”)

Third, because of the public nature in which this investigation is being played out – including Dr. de Grey’s continued social media comments and his supporters’ prolific responses – we find it reasonable that key witnesses with material information (perhaps even more complainants), would be deterred and intimidated from meeting with the Firm. This deterrence and intimidation could seriously compromise the Firm’s ability to conduct a thorough investigation into ongoing sexual harassment claims, as the Board directed we undertake.

Fourth and similarly, Dr. de Grey’s message to the Recipient – incorrectly declaring the investigation was concluded in his favor – suggests he was privy to details of the investigation before others. Both aspects – that he had advance notice and that it was contrary to the actual findings – inaccurately portray the Firm as lacking impartiality and independence to potential witnesses and parties.

Next, we find Dr. de Grey’s message an attempt to distract from his own conduct – part of which he admitted (sending a sexual message to underage mentee Complainant #1) – and to point to another individual as the “actual villain.” Regardless of anyone else’s motives or conduct in pursuing an investigation, the fact remains that Dr. de Grey is responsible for his own conduct, regardless of how it came to light.

In closure, Dr. de Grey’s unapologetic interference with the investigation by reaching out to a witness through a third party, and repeatedly posting about the investigation, has generated angry attacks on the accusers and perpetuated misinformation (i.e., that he has been exonerated). This compromises the Firm’s ability to retain credibility and trust with witnesses. We find his attempt to influence a party may chill, and likely has chilled, others from coming forward; was an effort to alter and sidetrack the investigation; and, was reasonably threatening to a party.

De Grey’s response to all that was to announce, with a sigh of relief, that he can finally apologize to one of his accusers for one thing, while denying everything else, in spite of the fact that the investigation found him clearly in the wrong on everything. Furthermore, the investigators noticed all the squirrely stuff he was doing on social media to mislead and lie…it was danged obvious to everyone, except of course, to his cult-like fans who truly believe that Aubrey de Grey is going to cure death.