The District of Columbia’s police department on Monday said two more police officers who responded to the Jan. 6 riot at the U.S. Capitol have died by suicide, bringing to four the number of known suicides by officers who guarded the building that day.

Add to the tally the Capitol Police officer who was killed in the line of duty, and the 100 who were injured, and it’s clear that the 6 January Insurrection was more than a few tourists getting rowdy. This was a terrorist action. Those rioters were not good people.

During emotional testimony last week, four police officers told a House of Representatives special committee that they were beaten, threatened, taunted with racial insults, and thought they might die as they struggled to defend the Capitol against the mob. 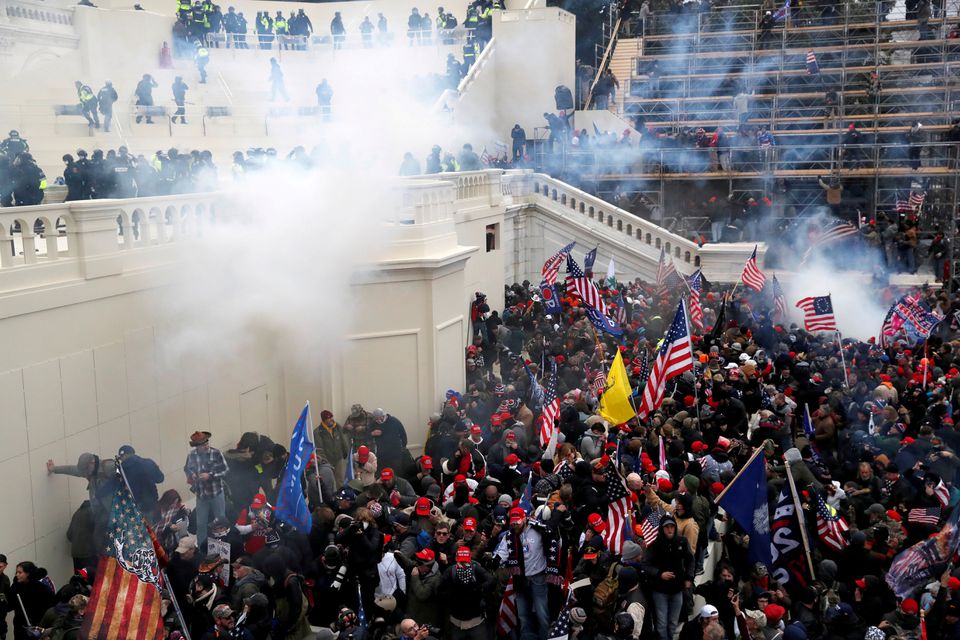 Meanwhile, Republicans are squirming and lying and trying to pin the blame on anyone other than Trump supporters.

[Wisconsin Senator Ron] Johnson, one of Trump’s most fervent congressional supporters, has for months raised numerous questions about the circumstances surrounding the attack, including the security failures and the nature of the events. He has taken exception, for instance, with describing the attack as an “armed insurrection.”

In the recording captured Saturday, Johnson explained his view that “by and large those folks were peaceful protesters” and that the news media and Democrats are “painting 75 million Americans who voted for Trump as attached with domestic terrorists.”

It’s amazing. A nest of traitors is probably going to walk away scot-free from their actions.

The right attitude » « Spiders have nightmares, too