One of Biden’s declared goals was to see 70% of the population vaccinated by July. He didn’t quite make it. The states that did reach the goal are in green. 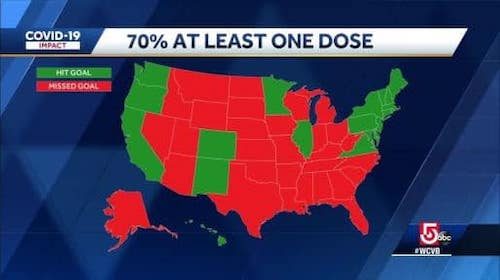 Compare that to the electoral map. 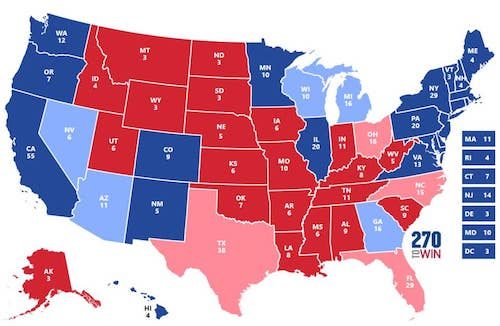 Huh. Wonder what that means.

A finer-grained analysis might be interesting. My county went for Trump; it also has a vaccination rate currently around 50%.

How long have queer folk been fighting Nazis? » « Who are these “New Atheists” of which you speak?