We’ve got a QAnon prediction here, everyone. It didn’t happen yesterday, so I guess that means today is the day when Trump will trigger the US military to take over the planet, for the internet, phones, and TV to be shut down, and for the trials to begin. 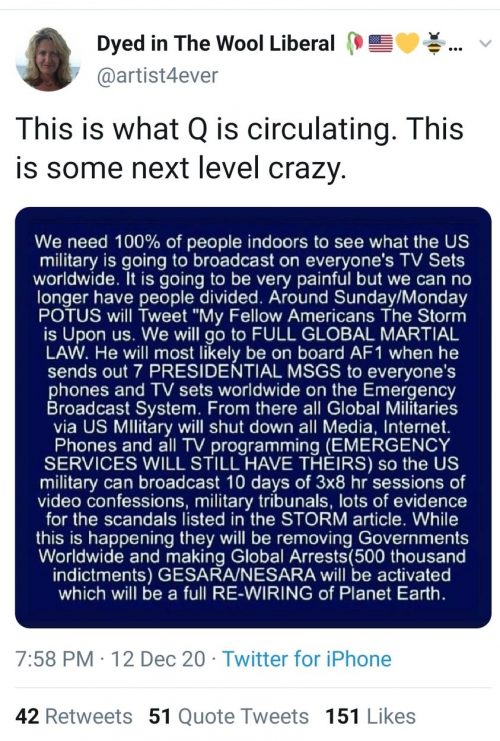 Can we be done now? » « The Wall Street Journal opinion pages have always been garbage, anyway