As long as they can avoid getting all duckist. 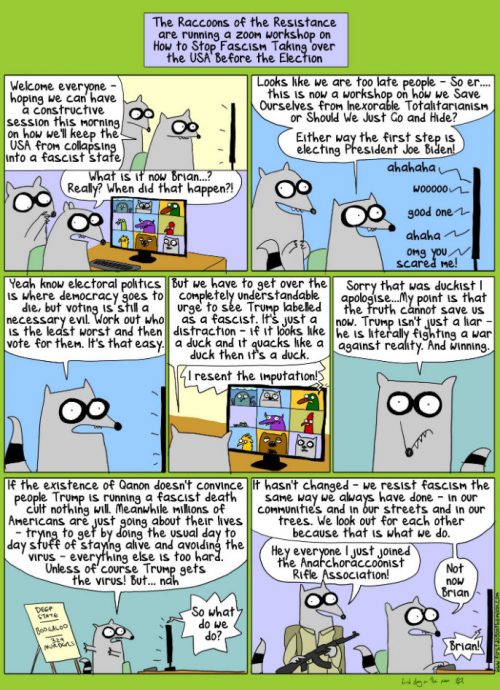 Yes! Recognize the flaws in our democracy, but the first step in correcting them is to vote for a party that isn’t amplifying them. It’s a tiny step, and don’t assume voting for Biden fixes anything — it’s just the beginning of the fight.

The choice also ought to be easy for any reasonable person: that other party is the home of QAnon, the emerging prion disease that is eating brains softened by decades of Republican propaganda. QAnon alone is the one issue that ought to resolve the debate for any atheist (not you, David Silverman), because that crap is one terrifying cult.

The lies that form the popular misunderstandings of genetics » « Sometimes, the Nobel Committee does the right thing