My concern about my declining Parasteatoda population led me to check on the juvenile stock. They’re fine. They’re looking good. They look to be about 50:50 male:female, too, and the males are flaunting huge pedipalps, so maybe I should think about breeding them soon, even though they look so small compared to the big adults currently in the breeding cages. Here’s a quick look at the teenagers.

First, here’s Steatoda triangulosa, just to remind you that they have a specific and easily recognizable pigment pattern. I always think of Charlie Brown with his zig-zag striped shirt. 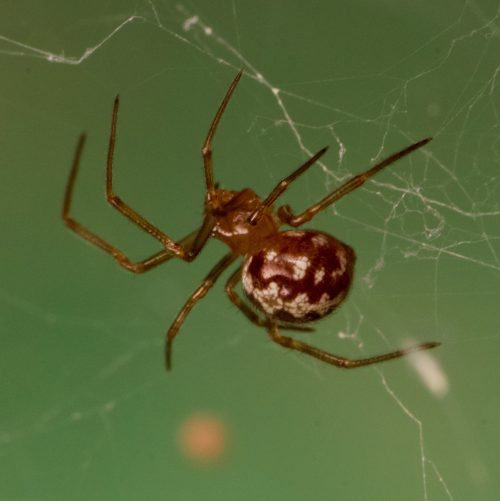 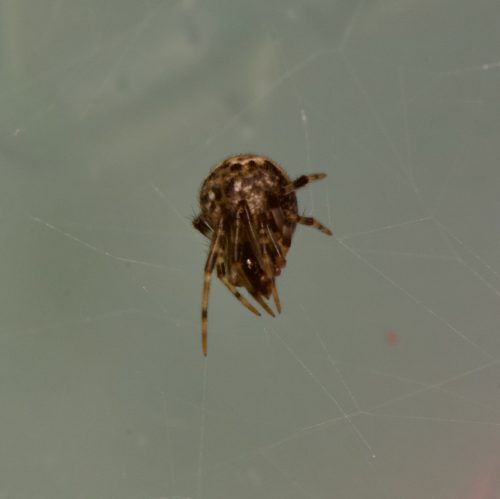 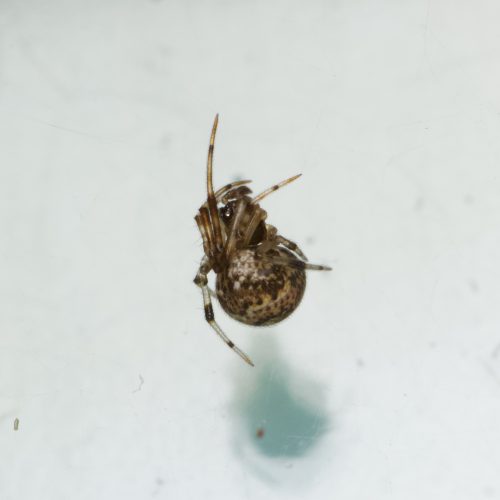 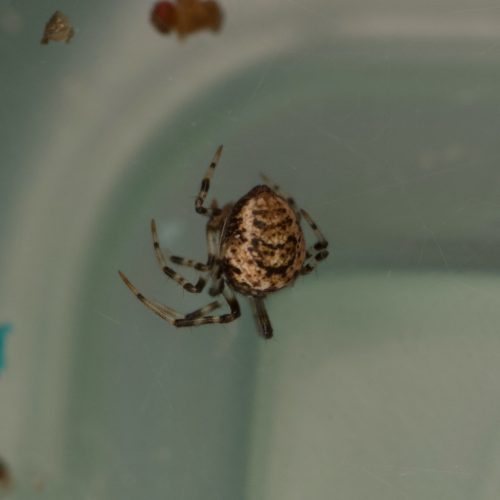 See what I mean? Looking at a lot of them, there’s a strong hint of an annular organization, but the spots vary so much between individuals. Some, the light background predominates, others are almost black as the pigmented spots take up most of the abdomen, and I’ve seen a few with a more or less salt-and-pepper pattern of small spots.

Here are some males. You can spot the differences between males and females with the naked eye — it’s those big pedipalps. 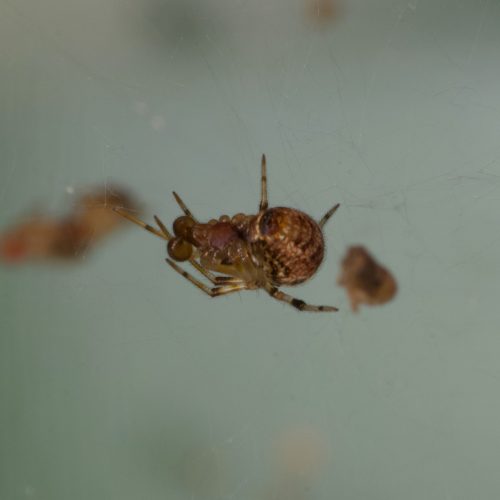 This big boy is waving those huge palps around like Strong Bad does with his boxing gloves. 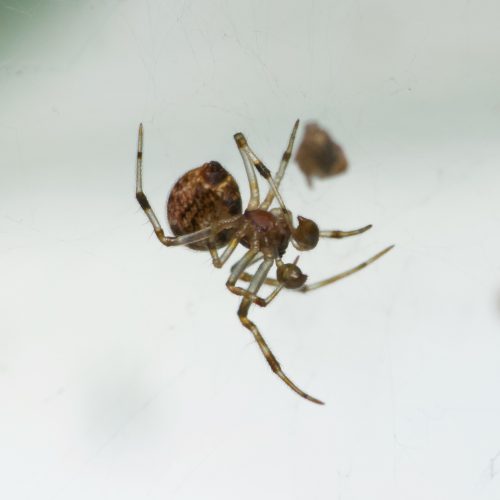 So yeah, I may have to start breeding in the next week or two. First I move the females into larger cages, let them get comfortable and fill it with cobwebs, and then I introduce a male and see if they are willing to get to know each other a little better.

But they seem so young yet! They’re just my babies!

He did it. They finally let Sergio Canavero carry out a head transplant. » « Facehugger alert