It’s because when he goes to an event with a more representative sample of the population, he discovers that there are people who despise him. Case in point: Trump was booed at a baseball game. He better get used to it, because he’s going to be seeing open expressions of contempt from the public for the rest of his life. 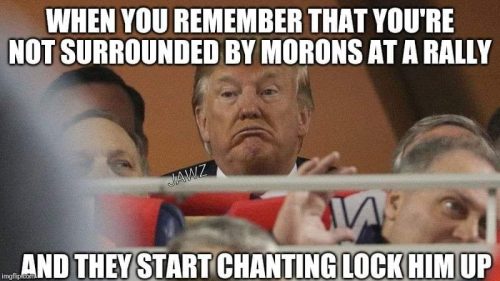 #Spider legs » « How not to train your graduate students