You’re telling me that if I want to get from Beneventum to Norba Caesarina, I have to transfer lines 7 times, and it’s going to take how long? 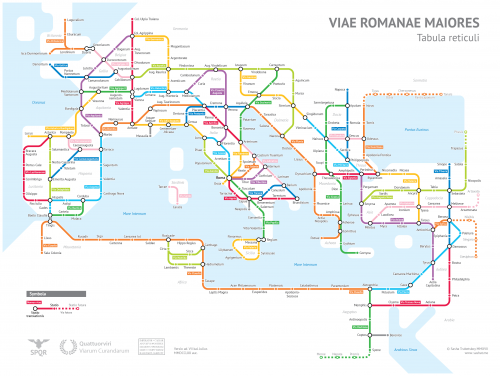 I don’t get the point of all the colors, since they don’t correspond to much of anything, and the key to the map is totally inadequate.

You don’t have evidence for most of your beliefs. Get used to it. » « You know what to say today