I’ve been off at the local high school, judging the local science fair. It’s a strange experience. An awful lot of the experiments involved playing with guns, which I guess is to be expected in a rural area. 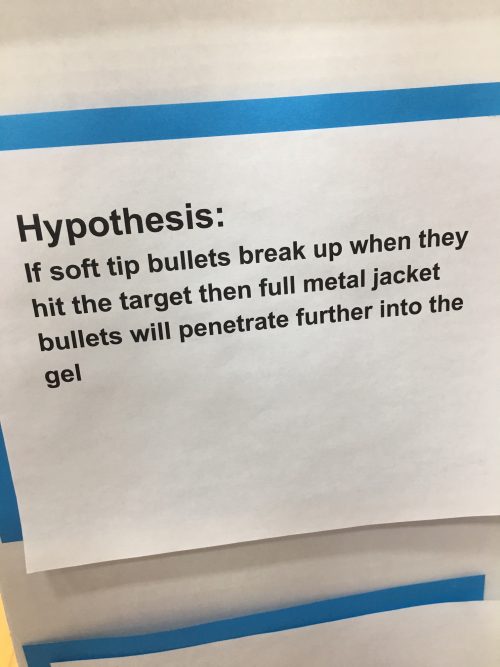 They were still a bit disturbing.

And then you occasionally run into a peculiar rationale, in this case for an experiment involving weighted Hot Wheels cars. 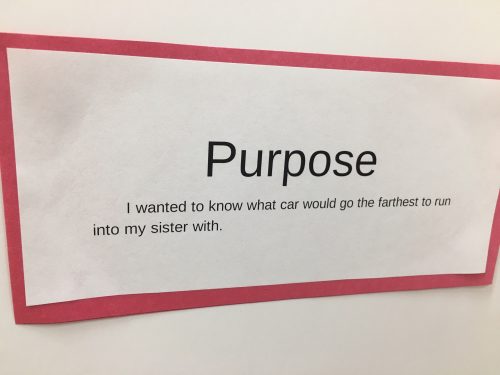 I also had the student who thanked me afterwards, saying “Thank you for judging me.” I had to tell him I wasn’t judging him, I only judge the project.

Anyway, it didn’t matter if they did odd, off-the-wall experiments on phenomena that I didn’t find at all interesting. What mattered is that they actually tested their hypothesis appropriately, and how well they presented their data. And they were all good kids.

No. A Portland professor is not being railroaded. » « Jordan Peterson gets email