Another robot beyond the outer reaches of the solar system finds a funny-looking rock, and sends back pictures. 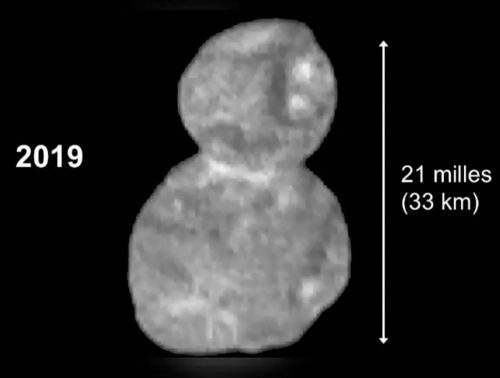 It zipped by at high speed and quickly gathered 50 gigabits of data, which is slowly trickling back to us — it’ll take two years to transmit the whole data set. I guess they’re still using AOL dialup out there in the Kuiper belt.

This rock is so distant and in such an empty part of interstellar space that we’ll have no reason and no opportunity to ever visit it again — so look while you can, this is probably the last time human beings will ever see it.

Spider update: I peeked » « Spiders aren’t the problem, arachnophobia is the problem