Not when the boat starts sinking. I think this is an important message now, long before 2020. 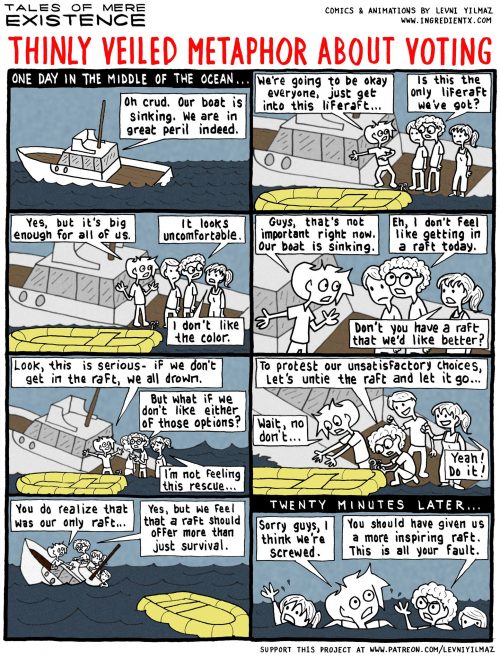