A famous political figure has died, and I don’t know how to eulogize him tactfully, so I’ll leave it up to Matt Lubchansky. 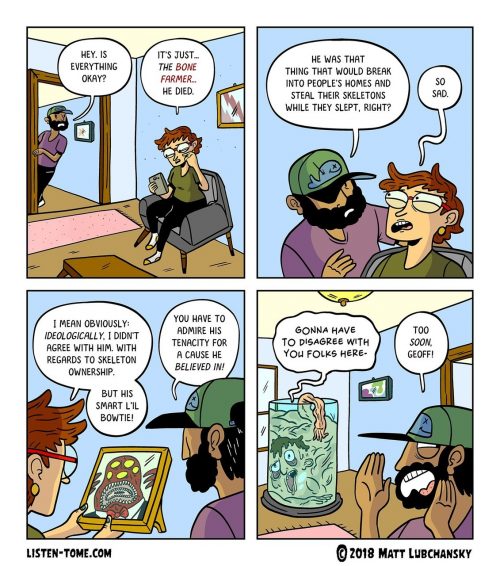 Oh, is that metaphorical treatment too distancing and obscure? You don’t even know who it’s about? OK, we can get explicit. 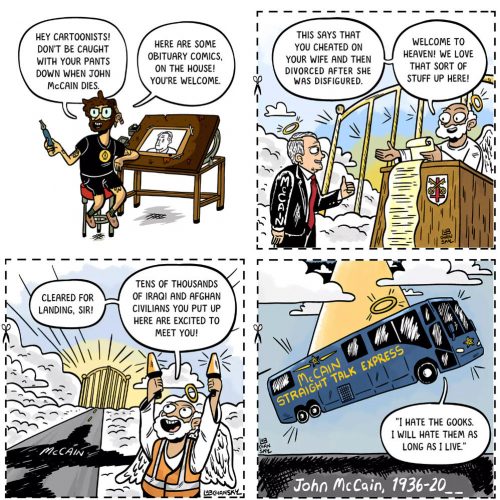 I’m sorry he’s dead. Even sorrier that he was a senator.

I thought physicists were required to know math? » « How to prove you’re not a genius