For years, I was involved in these uncomfortable debates within the atheist community where one side would argue “Reason and Science!” and the other would say “Emotions matter!”, and I would uneasily argue that they both matter — uneasy because I’m happier talking about science and am not at all charismatic or able to draw on any kind of emotional sympathy. Old Nerd Talking, that’s me.

But right now, in the court of public opinion, we’re seeing the debate play out, and what’s clearly winning is emotion — and, I think, reason as well, but it’s the feelings that are driving the discourse. I think that’s important. It really settles the argument that both are necessary. What’s punching everyone in the gut so hard is that the Republicans have thrown away any attempt to mask their lack of humanity.

An example: when my kids were very young, I let them watch what I thought was a harmless, fun, children’s movie. I didn’t realize that it was a horror movie.

That movie was Chitty Chitty Bang Bang. Does anyone remember this character? 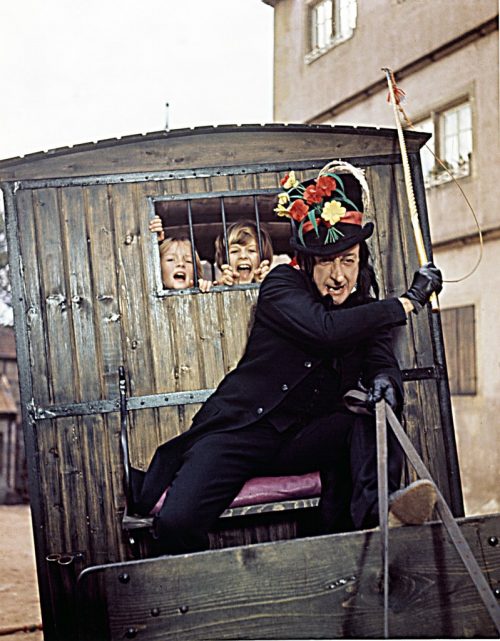 It was striking: my kids were fine with the movie, until this guy shows up — a villain called The Child Catcher who snatches up children and drags them away from their families. He affected them immediately in a way that no other monster movie ever did. They’d cover their eyes. They’d run out of the room. They probably had nightmares about him, because all I had to do was say the words “Child Catcher!” and they’d shudder. I think if they had the choice of being attacked by the wolfman or the Child Catcher, the wolfman would win every time.

I got to visit my little grandson a few weeks ago. He’s 7 months old. Babies are fine-tuned, sensitive people detectors, and you could see it in his behavior, the way his eyes would light up and he’d squirm with happiness when he saw his mommy and daddy. He’s barely a person, he’s new and squishy and helpless, and the first concept his newly developed brain is forming is a love for his parents. I realized that I’d die fighting anyone trying to separate them.

It’s totally irrational. But this stuff matters. Donald Trump and the entire Republican party have steered themselves right into Child Catcher territory.

I’d like to think this would lead to their downfall, but unfortunately, Trumpsters also love children, and the only way they can resolve the dissonance is to dehumanize brown children even more — they aren’t babies, they’re future MS-13 gang members! That’s precisely what we’re seeing right now, and it could make everything even worse.