From Statistic of the Year: 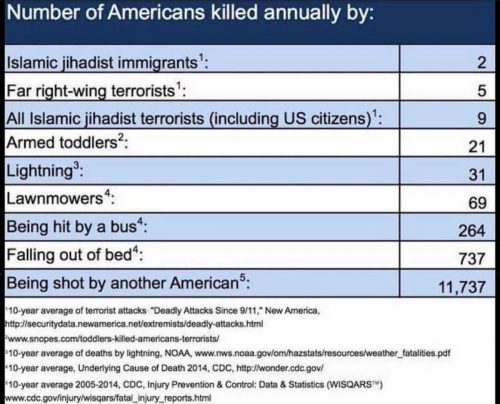 It’s disgraceful. We need to do a better job of prioritizing damage reduction. To that end, I’m starting a foundation to lobby for an immediate ban of all toddlers. ALL toddlers, not just the armed ones. You never know when a harmless toddler might pick up a gun and be radicalized.

I might be willing to make an exception for toddlers who are official card-carrying members of the NRA, since you wouldn’t want to penalize the responsible armed toddlers, after all. Send your non-tax-exempt, irresponsible donations to paypal.me/pzmyers, where I’ll see to it that a certain toddler-to-be gets what’s coming to him.

These people are embarrassments, part MCCXVII » « “non-GMO” is a marketing scam, nothing more