In my view of reality in America, Muslims, immigrants, blacks, gays & lesbians, and trans people are discriminated against. In the minds of Republicans, there is relatively little discrimination against those people, and the real problem is the oppression of…white people and Christians? 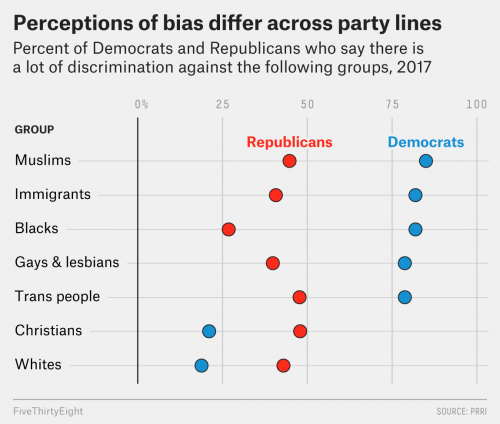