The University of Washington doesn’t seem to be dealing with their fascist conservative students very well. Last week, they had a peaceful weekend of protests that were marred by one disgraceful incident: one of those “alt-right”, neo-Nazi, young Republican Milo Yiannopoulos supporters shot someone. By all accounts, the man who was shot was an unarmed anti-racist organizer who was trying to de-escalate the conflicts; the shooter we know little about, except that he was pro-Milo, and he came to a non-violent rally carrying a pistol.

Stop right there. The man came armed to a peaceful protest and shot someone. He was identified — they have video and eyewitness testimony and, apparently, the gun — and picked up by the police…who then let him go. The prosecutors say they need more time to build a case against him. Unbelievable. I’m going to go out on a limb and make another prediction about the shooter: he’s white.

There’s more. The College Republicans at the University of Washington came out with a statement afterwards, deploring the incident. Not the shooting, oh no — that is only mentioned indirectly, with the implication that it’s the fault of the anti-fascists.

As we all reflect on the events of last night, it has become clear to us that hundreds if not thousands within the UW community disagree with yesterday’s tactics utilized by the ‘Seattle Antifa’ movement.

Wha…? It’s your fascist side that shot a man.

The protestors had little regard for the safety of the community they claim to be protecting,

The protesters were unarmed. It was your side that brought a gun.

and people ended up going home covered in paint and much worse for some, their own blood.

Yeah. Because you shot a man.

It was an abhorrent display of what Seattle has come to,

I agree. That the UWPD allowed a man to walk away after shooting someone is abhorrent.

and we at the UWCR are determined now more than ever to continue fighting against this pseudo-terrorism that guises itself as justice.

It continues in this vein, patting themselves on the back for their popularity and how beloved their fascist organization is in the community, and reversing reality to pretend to be the heroes here.

Antifa, Anarchists, violent political agitators, you have been seen by the public for what you really are.

I can’t get over this. Their side brought a gun and used it, and they get all indignant and accuse the victims of being “violent political agitators”?

We see you occupiying our libraries, inhibiting education, and frightening students who are by and large not even aware of what your motives are.

Uh, you know what frightens me? Cocky right-wing assholes strutting about campus with guns in their pockets. We know what our motives are, and we’re quite clear about them, to the point where even you named it: anti-fascism. No authority without responsibility and accountability. Equality and democracy. All the stuff you oppose.

You have been seen in our cities damaging property that does not belong to you, and inciting violence and disobedience towards the men and women who protect us (yourselves included).

They protect you; you can shoot someone, and the police will let you walk. That doesn’t sound like they’re protecting the people who get shot.

But wait, now comes the fun part. After all this posturing as the victims, they’re going to threaten.

You have been seen on national television clearly being the cause of increased division in our society, and it’s time your flame is put out. If you keep prodding the right you may be unpleasantly surprised what the outcome will be. Youve obviously learned nothing after Trump’s election.

Trump justifies everything! Including shooting people, apparently. Or worse.

This is the executive who just made an executive order outright banning the immigration of refugees from predominantly Muslim countries, Iraq, Syria, Iran, Sudan, Libya, Somalia and Yemen. He also “ordered that Christians and others from minority religions be granted priority over Muslims.”

This is what he wants. 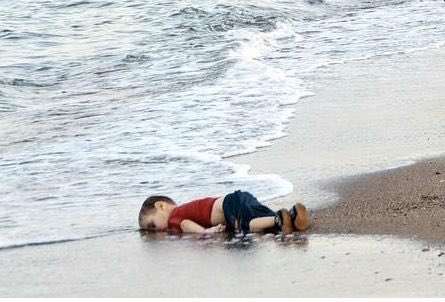 That’s what you stand for, UWCR, and you’re proud of it. As an alumnus of the University of Washington, I stand against you, I despise you, and I consider you a corrupting poison in the community.

Meanwhile, over here on the left, we’ve got people wringing their hands over punching Nazis (fortunately, some of us still have the moral clarity to see that Nazis and other genocidal, racist cowards must be opposed).

Just remember this: your side shot an unarmed man, and then blamed him for it.

The UW has a fascism problem. And let’s not hide it: it’s name is the College Republicans.

I thought Julius Streicher was dead! » « Friday Cephalopod: I need a better excuse