I think what’s emerging from the aftermath of last week’s election is that we underestimated the breadth of American racism, and that we failed to realize how damaging the aloofness of the Democratic party establishment was. We should have realized from the strength of the Sanders campaign that something was rotten up top. I hope that establishment listens to Bernie Sanders and his recipe for reform.

In the coming days, I will also provide a series of reforms to reinvigorate the Democratic Party. I believe strongly that the party must break loose from its corporate establishment ties and, once again, become a grass-roots party of working people, the elderly and the poor. We must open the doors of the party to welcome in the idealism and energy of young people and all Americans who are fighting for economic, social, racial and environmental justice. We must have the courage to take on the greed and power of Wall Street, the drug companies, the insurance companies and the fossil fuel industry.

I have this fear that the Democrats will bunker up, keep doing the same old thing, and continue to treat Republicans gently and with civility (or, more likely, servility) and slide further into irrelevance, while the Republicans are now digging in deeper into lunacy.

Of course, if the electorate was rejecting the corporatization of the Democrats to go for an outsider, boy did they get conned.

An organizational chart of Trump’s transition team shows it to be crawling with corporate lobbyists, representing such clients as Altria, Visa, Coca-Cola, General Electric, Verizon, HSBC, Pfizer, Dow Chemical, and Duke Energy. And K Street is positively salivating over all the new opportunities they’ll have to deliver goodies to their clients in the Trump era. Who could possibly have predicted such a thing?

The answer is, anyone who was paying attention. Look at the people Trump is considering for his Cabinet, and you won’t find any outside-the-box thinkers burning to work for the little guy. It’s a collection of Republican politicians and corporate plutocrats — not much different from who you’d find in any Republican administration.

It’s going to be worse than we ever imagined. Stop deluding yourself. Stop pretending that Trump can’t possibly be serious about the stupidities he has promised — he is packing his administration with the worst possible people, because he is compounding his own incompetence with the fact that he is a terrible judge of character who is surrounding himself with terrible people. 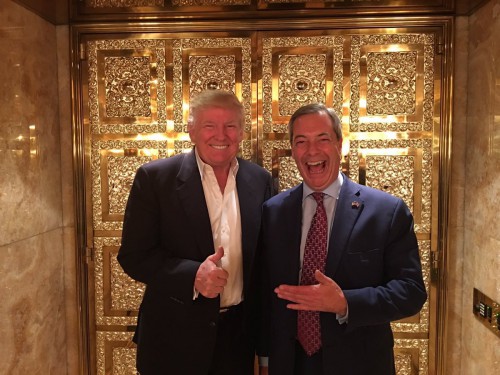 That just says it all, doesn’t it?

Scientific racism is only half-right — it is racism, anyway » « Skepticon highlights