Hey, I recognize that octopus illustration! 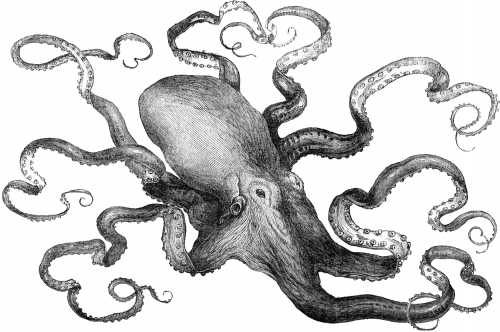 It’s an illustration of the “eight armed cuttle” from the Crystal Palace exhibition of 1871. It’s used on a new article on “The Octopus That Ruled London”, about the “cephalomania” that swept across the city when people were first able to get a close-up look at the majestic mollusc. It’s not a mania, though, if everyone is doing it. Then it just becomes a sign of a normal, balanced, healthy mental state.