Last weekend, I was in Oregon at a science conference honoring my graduate advisor, Chuck Kimmel. We had science talks, and people gave little speeches, and we had a big ol’ party. One of Chuck’s colleagues and a former advisor of mine, James A. Weston, had something similar some years ago called the JAWFest; we called this one the ChuckFest. Jim told a few stories, and he also recited the intellectual lineage of Charles B. Kimmel, which is an old tradition — like the long recitations of fathers in the Norse sagas, or the begats in the Bible, only this is a chronological list of our educational forebears, and there’s a little less blood and violence.

I got the files from Jim and include it here, which is only fair since it’s also my intellectual pedigree. 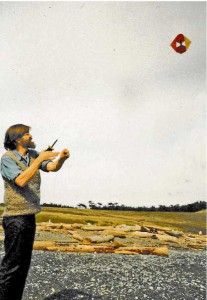 Charles B. Kimmel graduated with a Ph.D. from Johns Hopkins, where his advisor was…

As a graduate student with Willier, Ebert worked on the development of the immune system in chicken embryos, and first recognized the Graft vs. Host phenomenon. Ebert took his first job at MIT, and then moved quickly through the academic ranks at Indiana University. In 1956, he was appointed Director of the Dept. of Embryology at the Carnegie Institution of Washington, which was associated with Johns Hopkins University Medical School in Baltimore. During his tenure as Director, the Department became one of the leaders in molecular, and
eventually genetic approaches to studying development. He was closely associated with the MBL, and served as its director from 1970-78. More influential as an administrator than a “bench scientist” Ebert became the self-appointed “matchmaker” of academic jobs in the field of Developmental Biology, and as such, had a huge impact on the field. In the Obiturary written for the SDB in 2001, Don Brown said: “During his career Ebert was President of eight professional societies, trustee of thirteen national and international organizations, and held appointment to some forty different advisory boards and committees of government agencies, and universities. At one time in his career Jim held the presidency or was on the Board of every national and international society concerned with developmental biology. “

Ebert was trained by…

When Willier began graduate work at the University of Chicago in 1916, Lillie “assigned” a project to him that eventually led to his dissertation on the development of gonads in Freemartins. Among other things, Willier learned the technique of “benign neglect” for mentoring graduate students from Lillie, which influenced the research trajectories of his 34 doctoral students at the University of Chicago, the University of Rochester, and Johns Hopkins University. These students – especially those trained in his lab at Johns Hopkins – populated the profession of Embryology at almost all the major research universities in U.S. These students, including Clem Markert, John Saunders, J. P. Trinkaus (1948), Jim Ebert (1950), and Irv Konigsberg (1952), among many others, enormously influenced course of Developmental Biology and the lives of several people at this meeting.

Willier was trained by…

Lillie graduated, in 1891, from the University of Toronto, and spent a summer at the Marine Biological Laboratory (MBL) in Woods Hole, apparently during the first year that Whitman was its Director. He received a fellowship in zoology at Clark University, to study with C. O. Whitman, and in 1892, followed Whitman to the University of Chicago. He was awarded the degree of Doctor of Philosophy in Zoology summa cum laude in 1894. After jobs at the University of Michigan, and Vassar College, he returned to the University of Chicago as an Assistant Professor, and became Professor of Embryology in 1906. In 1908, he succeeded Whitman as Director of MBL and in 1910 took over Whitman’s job as Chairman of the Zoology Department at Chicago. He was interested in the role of sex steroids in sexual differentiation, which set the research path for his student, B. H. Willier.

Lillie was trained by…

Whitman studied with Leuckart in Leipzig, where he learned the modern methods of microscopy and embryology. He began a “postdoc” at Johns Hopkins in 1879, but was almost immediately recruited by the Japanese government to be Professor at Tokyo Imperial University. In 1883, he moved to the Museum of Comparative Zoology at Harvard, and in 1889, became professor at Clark University in Worcester, Massachusetts. Three years later, he was appointed Professor and Curator of the Zoological Museum at the University of Chicago, while concurrently serving as founding director of the Marine Biological Laboratory in Woods Hole. During his career, he made major contributions in the areas of evolution and embryology, comparative anatomy, heredity, and animal behavior, and in 1887 became founding editor of the Journal of Morphology.

Whitman was trained by…

Leuckart trained as a comparative morphologist with Wagner in Göttingen. His work led to a new field of animal systematics based on subtle morphological distinctions. He is credited with refining Cuvier’s classification of Radiata into two phyla: Coelenterata and Echinodermata, and dividing the Metazoa into six principal phyla — Coelenterata, Echinodermata, Annelida, Arthropoda, Mollusca, and Vertebrata. One critic of his work declared: “It would have to be considered a good sign for German science if [his book] found no readers.”

Wagner, an anatomist and physiologist and the co-discoverer of the germinal vesicle, made important contributions on the structure and significance of ganglia, nerve-endings, and the sympathetic nerves. After completing training in medicine and comparative anatomy in Würzburg, he did “postdoctoral” work with Cuvier at the Jardin des Plantes and the Natural History Museum in Paris. He became professor of zoology and comparative anatomy at Erlangen (1832), and took the Professorship in Göttingen in 1840. He died after suffering a stroke while in Bonn studying a Neanderthal skull.

And finally, Wagner was trained by…

Cuvier, French naturalist and zoologist, first recognized the significance of geological strata and the fossils discovered in them during excavations in Paris, and recognizing the fact of extinction of species. He is particularly recognized for his work in comparative anatomy and vertebrate paleontology and his contributions to: (i) the structure and classification of the Mollusca; (ii) the comparative anatomy and systematic arrangement of the fishes; (iii) fossil mammals and reptiles and, secondarily, the osteology of living forms belonging to the same groups.

Of course, our scholarly ancestors weren’t actually all lined up like that, and each had many scientific progeny, so a lot of people’s history will converge on famous people like Cuvier. Each of us also owes a lot of our understanding to multiple contributors, so in addition to Chuck, I got doled out bits of the brains of Judith Eisen, Monte Westerfield, John Postlethwaite, and even Jim Weston. An accurate rendering of our pedigrees would be more of a rete than a ladder.

But still, I like having some connection to Cuvier…and I’d even known of most of the people on the list. Look at all those developmental biologists!

The blame game! » « Zack Kopplin is not a troll!