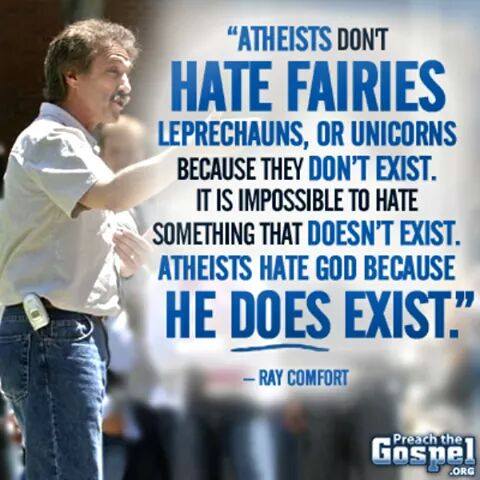 Atheists don’t hate fairies, leprechauns, or unicorns because they don’t exist. It is impossible to hate something that doesn’t exist. Atheists hate god because he does exist.

A few thoughts on all the errors in this comment.