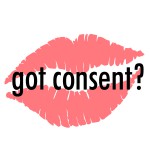 I’m being badgered to repudiate Richard Carrier now. It’s not going to happen. But the sentiment is revealing.

One obvious reason is that I’m not the boss of freethoughtblogs. Really! Ed Brayton is the closest thing to a boss, but even there, the individual blogs are semi-autonomous. They’re set up, they go their merry way, and unless there is a network-wide objection to something, nobody interferes. So if you complain to Ed or especially me, we’re just going to shrug our shoulders and tell you that we’re decentralized, a community of equals, and if you’re looking for the FtB King to smite someone you don’t like, that says more about your authoritarian mindset than how the blog network is run.

But another reason is what they’re complaining about is most definitely not actionable in any way. Richard is polyamorous, and posted an article asking for a date on his travels. I’m rather surprised at the concerns.

Look: I’m a sexually conservative straight cis-het man in a monogamous relationship. My views on my personal sex life would fit right in with a 19th century uptight Christian community.

So when I’m at a conference and I hear Darrel Ray speaking about his rather more adventurous sex life, I’d be terribly uncomfortable if I were imagining myself doing anything like that.

I can read Greta Christina’s book Bending and appreciate it objectively, but those aren’t my fantasies, and I’d be terribly uncomfortable in any of those situations.

I know I have a lot of gay readers. I, personally, have zero interest in gay sex, and have had a few experiences where I was made terribly uncomfortable by invitations to participate — I just can’t.

While I’m heterosexual myself, I have also had a few situations in which I’m invited to have sex with women…yep, I’m made terribly uncomfortable by that. I run away as politely as I can.

All you young people with your dating and your hookups and your sexual experimentation — terribly uncomfortable for me.

You all are weird as far as I’m concerned, and I would be terribly uncomfortable living your sex lives. But fortunately, you don’t make me, and I can understand that a lot of you would find my sex life to be unpleasant and interesting, so I don’t tell you what to do, either. None of us are made uncomfortable! A little healthy respect for our differences is a good thing.

So I read Carrier’s post, and no surprise, I was made terribly uncomfortable by it (no, really, sometimes I feel like a Victorian). But so what. I don’t define what Richard Carrier does.

I have one rule that gets me by: is it consensual? And what do you know, that whole damn post is about getting consent and setting personal boundaries and making crystal clear what he desires, and acknowledging the other participant’s autonomy. How can anyone complain about that?

If I sought to impose my sexual preferences on everyone else, that’s what would be creepy and wrong. If I tried to coerce others into sexual behavior that I enjoyed, but they didn’t, that would be worthy of condemnation. If I stood by while someone deprived another of autonomy so they could get their sick jollies off, I would be ashamed.

But this? Objectively fine. It’s a consentapalooza.