All right, Larry Moran, why did you post about this paper now? I finished the unit on the origins of life in my cell biology class over a week ago, and this summary of the metabolism first model of abiogenesis would have been very helpful. I first gave them a review of redox reactions in chemistry, and then some general ideas about events in deep sea vents that generate a source of energy that early chemistry could have tapped, but this paper is full of specifics — probably a bit too heavy going for college sophomores, but they could have appreciated some of the diagrams. 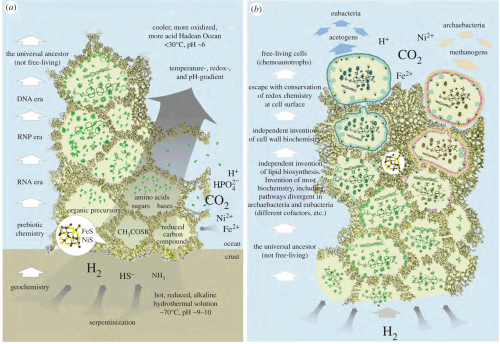