I wish I’d had this a few weeks ago, when I was telling students how not to present their data. This is a chart illustrating the effects of stand-your-ground-laws on murder in Florida. 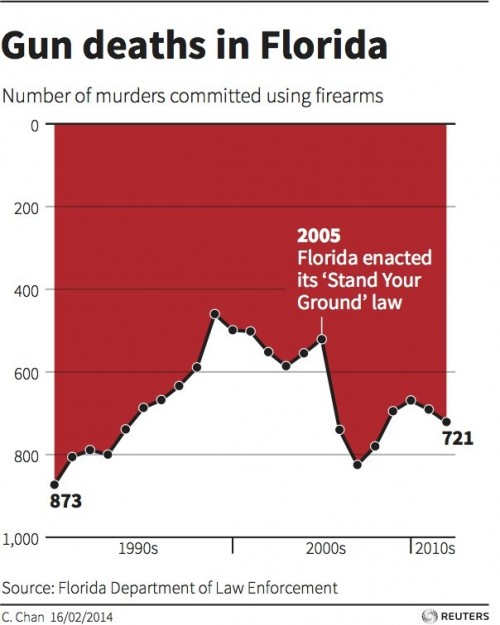 I glanced at that and thought, “Whoa, surprise: the stand-your-ground-laws had a pretty dramatic effect in reducing murder. I did not expect that at all.”

And then I was a bit disappointed: “But they really should have set the Y axis at zero. It’s a bit misleading and magnifies the apparent effect, otherwise.”

And then I did a double-take: “They inverted the freaking Y axis!”

That’s right. It doesn’t show a decline, it shows a dramatic spike in murder after the law was passed. The text in the article actually says that clearly, but the chart was actively selling the opposite message. They’ve since added a corrected chart that actually makes the point clearly, instead of obscuring it. 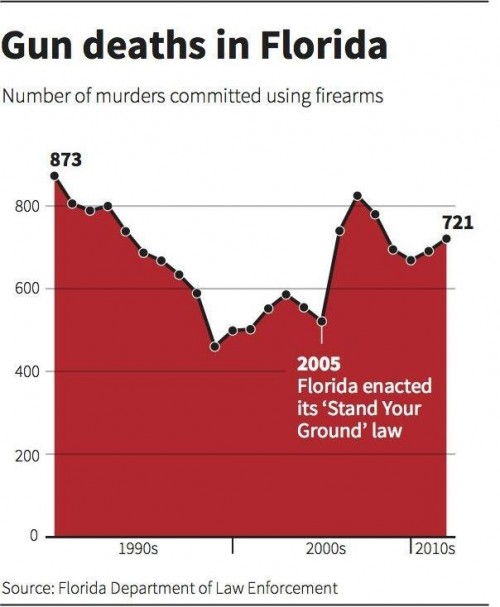 I took away two points. It’s really easy to lie with graphics, and shouldn’t any evidence-based legal system recognize the consequences of passing a bad law and correct itself?

More from a data visualization expert.

What will you do with a biology Ph.D.? » « Not another lawsuit!