Bill O’Reilly, as he always does this time of year, was ramping up this War on Christmas nonsense again. He’s peeved at the new billboard display from American Atheists in Times Square.

American Atheists launched a major billboard display on Tuesday that declares Christmas is better without the Christ. The huge 40′x40′ digital billboard is located in Times Square in Midtown Manhattan. Using motion graphics, the billboard proclaims, “Who needs Christ during Christmas?” A hand crosses out the word “Christ” and the word “NOBODY” appears. The display then says “Celebrate the true meaning of Xmas” and offers a series of cheery words: family, friends, charity, food, snow, and more. The commercial ends with a jovial “Happy Holidays!” from American Atheists and displays the organization’s website, atheists.org.“This season is a great time of year for a hundred reasons—none of them having to do with religion,” said American Atheists President David Silverman. “This year, start a new tradition: Don’t go to church. You hate it, it’s boring; you probably only go because you feel guilty or obligated. Instead, spend more time with your family and friends—or volunteer. There are better uses of your time and money.”

Ed Brayton jokes that O’Reilly should have invited him on to talk about it — he would have engaged in some merciless needling that would have annoyed the old windbag. It would have been nice, but no, no way was that going to happen; it would have been even better if David Silverman had been invited on…not only more appropriate, but Silverman is good at standing his ground and punching back. But no. O’Reilly brought on…

He was awful. Well, from my perspective he was awful — O’Reilly seemed to think he was just wonderful, since Stedman was largely agreeing with him. O’Reilly showed part of the billboard, the bit where is it says “Who needs Christ during Christmas? Nobody,” and then cut away to O’Reilly asking Stedman what he thought about it. He replied that they were “not contributing to the destigmatization of atheists,” and later he said that he completely agreed, and he wanted “to see more of yes of atheism than the no of atheism.”

I can guess exactly how Silverman would have responded: by pointing out that the primary message of the billboard was the importance of this season as a family holiday, which certainly is the “yes of atheism”. Stedman either didn’t do his homework or was more interested in ingratiating himself with a far right blustering jerk, and decided instead to see if the snow tires on the bus could bounce over a few atheists.

O’Reilly was pulling his usual schtick, claiming that atheists are bitter, that they sue schools if they have the temerity to let a kid sing a Christmas carol, and whining that Macy’s department store brought in a Santa Claus and didn’t announce that it was Christmas. Why can’t those atheists just leave Christmas alone, he begged.

Most of these claims of atheists hating Christmas are lies, and the criticisms groups like the FFRF levy against schools and other state institutions aren’t that kids shouldn’t be allowed to pray or sing hymns if they want, but that these schools cannot selectively privilege only the Christian religion. Stedman was totally ineffective.

Further, when O’Reilly says “What I’m seeing here is an amazing amount of anger from atheists” and “I don’t really know what they are angry about”, when the angry ranter here is O’Reilly and the atheists aren’t expressing any anger at all, Stedman feebly goes along with it and agrees with the stupid host. I guess he’s hoping for a repeat invitation.

If Stedman and the Harvard Humanists want to put up a friendly, cheerful, unchallenging milquetoast sign, they are welcome to do so, and I won’t have a problem with it. I do have a big problem when a representative of the Harvard Humanists goes on the air to deny the righteous, forthright words of a less weasely organization, and when they are so ineffectual that they can’t even raise a word of rebuttal against the BS Bill O’Reilly lays on so thickly — familiar, tired BS that anyone going on the show ought to be prepared to slap down. It’s not as if he ambushed Stedman with a weird new claim.

Stedman is too feeble, and maybe Ed Brayton would be a touch too acerbic. If they can’t get Silverman to go on, may I recommend Rob Boston, instead? He wouldn’t let the bogosity fly by with a smile and a laugh. Anyone but Stedman.

I think I want these kids to handle O’Reilly. 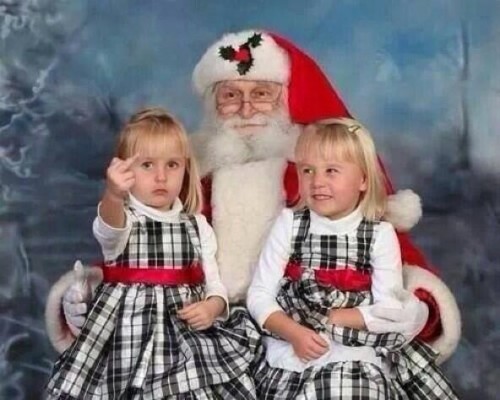