What have I gotten myself into? I just sat through a bizarre, rambling, self-congratulory lecture by Scott Wolter (some guy with a fringey History Channel show) that started with the Kensington Runestone — it’s a genuine Viking artifact, don’t you know, staking a land claim for some Catholic order of monks — then wandered over to the Bat Creek stone, a rock with some funny scratches on it unearthed from an Indian mound. The scratches are ancient Hebrew! Wait, no, they’re secret Masonic symbols! Did you know the Cherokee rituals were exact copies of the Knights Templar’s rituals? Yes, they are. Obviously.

Then we got a whole series of photos of Catholic figures and medieval and renaissance paintings and sculptures in which people are making the Masonic gang sign. This one: 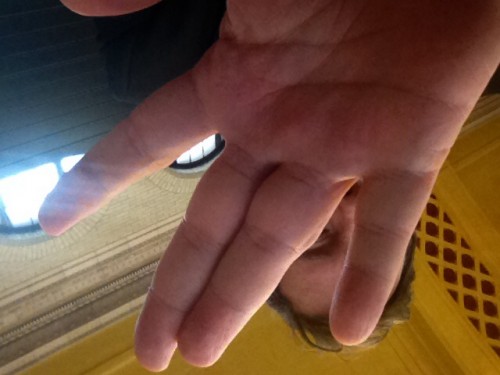 That’s an “M”. For Mary Magdelene, Jesus’s wife. The Masonic cult spread over to the New World in the first century AD to share the word among the Indians, who happily adopted it. And now it’s everywhere. 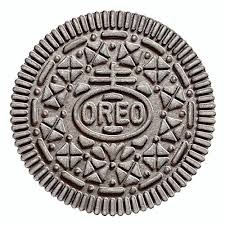 Then to wrap it all up, he goes back to ancient Egypt, the precession of the Equinox, and the signs of the zodiac, which represent major shifts in world cultures, each paradigmatic shift associated with changing which house was represented in the equinox.