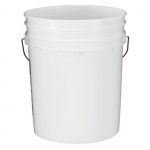 I’m sorry, but to me the most disturbing part of this story is the buckets.

APennsylvania man has been found with multiple buckets of stolen human body parts that he allegedly purchased off of Facebook, according to police.

East Pennsboro Township Police said that they arrested Jeremy Pauley, 40, of Enola on Thursday after making the discovery while searching his basement. Police said that Pauley is a self-described collector of “oddities” and was in possession of three full human skeletons and up to 20 human skulls, according to ABC affiliate WHTM. He was released soon after posting $50,000 bail.

The investigation began when police received a complaint on June 14 about human remains potentially being sold on Facebook. Suspicion of Pauley’s alleged involvement began after a person called police on July 8 to report finding multiple 5-gallon buckets containing “human organs” and “human skin” in his basement.

Why buckets? Is this a practical way to store your organs? Why? Can you do anything with them, or do you just go down to the basement to gloat over the random viscera floating in your buckets? I mean, I would at least want some classy glass jars, maybe a big vat with multiple organs so you can play with them and assemble them, but this guy’s process is just sloppy and pointless.

I am not at all surprised that Facebook is where you go to buy body parts.

Because this is how you get vampires.

Officials were at first bewildered when they came upon a mysterious ghost ship with no captain or crew on board that had washed ashore on a secluded island off the coast of Cambodia during an intense storm this week.

Cambodian vampires are a little different from the European kind, though: they consist of a floating head with the viscera dangling down below. They are supposed to look like a young and beautiful woman, but an isolated head with a bunch of guts hanging from the neck is a little bit offputting. 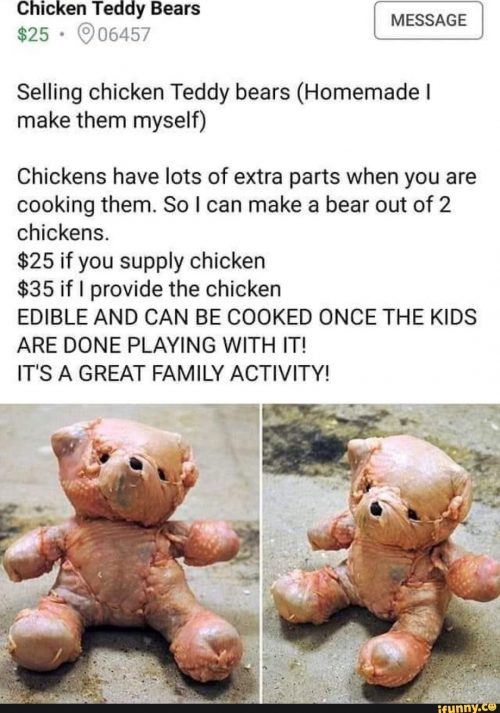 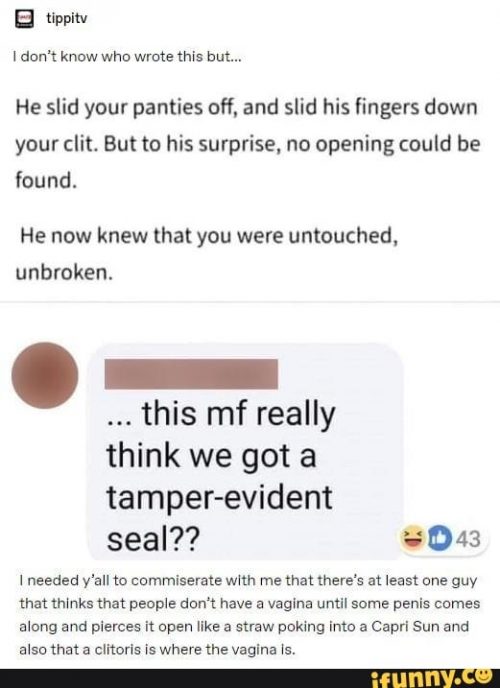 I’m weirdly happy to see that I’m not alone in suffering from weird obsessed narcissists abusing the legal system, especially since I’ve never gone through anything this twisted. Lindsay Ellis explains the hot mess of a lawsuit over unbelievably sexual/violent fan fiction, and how someone who claimed to have invented “wolf rape heterosexual erotica fiction” sued to protect her “intellectual” “property”. It’s an hour long. It requires that long to unravel it all.

I’d never heard of the Omegaverse, let alone read any, and guess what? I am totally cured of any curiosity about it!

But I still think the homologies are misaligned. It’s a better version of what Spider-Man ought to have looked like.

Lots of body horror here, so maybe I should warn you all and tuck it below the fold.

END_OF_DOCUMENT_TOKEN_TO_BE_REPLACED

I would hug him and squeeze him and name him George and phtagn him for hours and feed him wgah’nagl iä and blood of the iä! Iä! Ph’nglui mglw’nfah Cthulhu R’lyeh wgah’nagl fhtagn! Cthulhu fthagn!

Lakes around here freeze over solid on the surface. Lakes in more temperate places just stay liquid. It’s the ones trying to be in-between that get weird.

Be sure to have the sound on. Lakes aren’t supposed to sound like that!

Show this to your kids so they’ll have nightmares on Christmas eve.

The war on Christmas is over. Everyone just gave up in disgust. They read this story about reindeer parasites, complete with burrowing snot flies, vaginal maggot guns, and people picking maggots out of their eyes, and decided it just wasn’t worth it any more.

What kind of gun should I get to pick off flying reindeer? I’m thinking of spending Christmas Eve patrolling the neighborhood and making sure none of those diseased vermin get anywhere near my house.