Sometimes, the British get very silly in their defense of religion. The Muslim groups got very very offended when the atheists slapped a label on a pineapple calling it “Mohammed”, and now the LSE has outright banned atheist groups, and is harassing them for wearing Jesus & Mo t-shirts.

I don’t have a pineapple, I am sad to say. I was tempted to run out and buy one. But I can do one better. 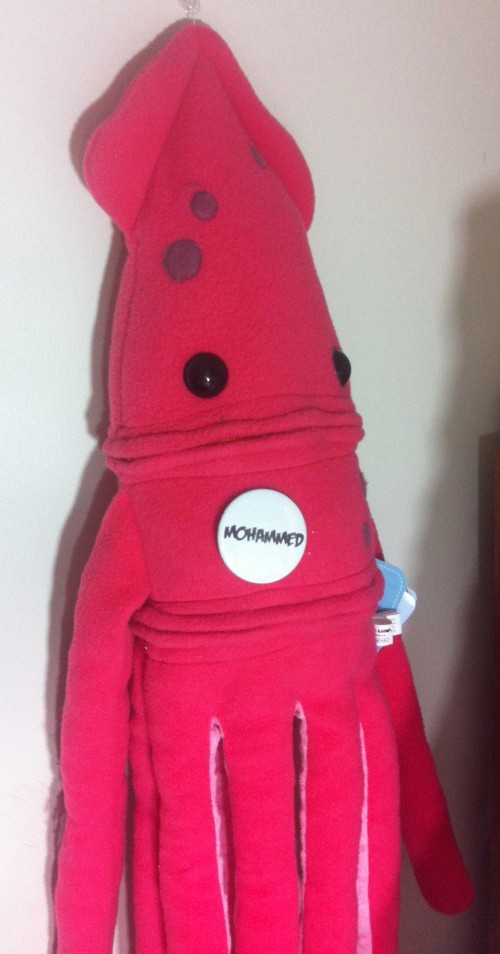 As an added bonus, he’ll keep longer than a piece of fruit would.

Do you have a Mohammed at your house? You should get one.