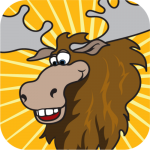 I blame David Futrelle. And maybe the Jews. » « The stages of reading