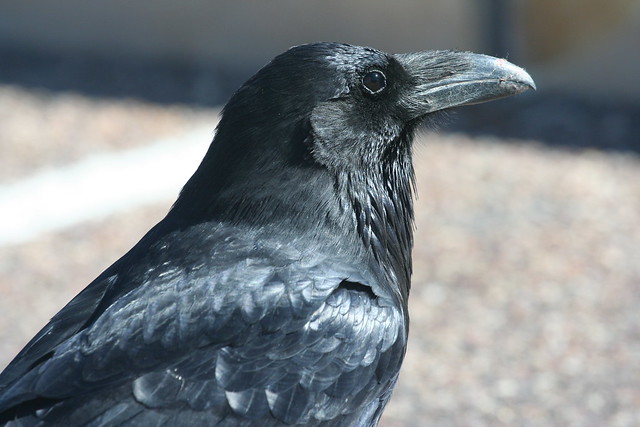 Member of a native invasive species in a parking lot at Petrified Forest NP, AZ

Lauren Kuehne has an interesting guest post at the blog Conservation Bytes talking about one of the most persistent false dichotomies in the environmental world: native versus exotic species.

A drawback to the attention garnered by high-profile invasive species is the tendency to infer that every non-native species is bad news, the inverse assumption being that all native species must be ‘good’. While this storyline works well for Hollywood films and faerie tales, in ecology the truth is rarely that simple.

There’s a desert angle here that I’ll talk about after the jump, along with some videographic reptile squee. You have been warned.

One of the issues facing the North American desert these days is the slow decline of a number of populations of desert tortoises — excitingly split into two species last year, at least for herpetological values of “exciting.” Though they’re a threatened species — or at least the species west of the Colorado River is, as wildlife agencies haven’t yet dealt with the issue of listing the new species east of the river — you can still find tortoises wandering around the desert pretty easily. I’ve seen about a dozen in the last four years without even trying to, and a big solar project with which I’m familiar has found a whole lot more.

But torts are threatened, by everything from bulldozers to a contagious respiratory disease to illegal collecting, and one of the biggest threats to their existence is a native species of bird, the American raven. Ravens have always eaten juvenile tortoises, which are pretty vulnerable, but in centuries past there were never enough of them to threaten the species as a whole. But the ravens’ numbers have been swelled artificially as we move into the desert, bringing garbage dumps and lawn sprinklers and power poles to perch on. And so the pressure on the tortoises has increased by probably an order of magnitude, perhaps more.

And you could pretty much take the previous paragraph and find-replace “ravens” with “coyotes” and it would still make sense, possibly excepting the “power poles to perch on” part. Not all exotic species are harmful and invasive — you’ll be hard-pressed to find enviros campaigning against daffodils, for instance — and there are some native species that can be invasive and destructive onder the right conditions. Or the wrong ones.

And then sometimes they don’t: I’m informed that some of the junipers Kuehne refers to, which are thought to be encroaching on sagebrush habitat in more northern parts of the desert, turn out — once you cut them down and count the rings — to have been “encroaching” for three or four centuries. But there’s money to be made cutting them down, either by increasing grazing land or burning the trees for biomass power, or both.

Bonus baby desert tortoise squee courtesy the U.S. Geological Survey. If you’re allergic to harp music you might want to lower the sound.