Keep it up. I’ve got an infinite number of bullets to take out these zombie threads. 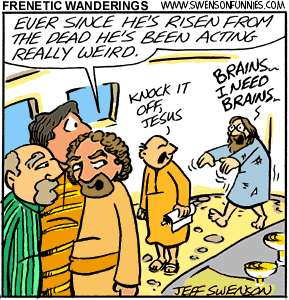 Oh. So that’s the truck full of stupid that hit Joycelyn Elders » « They all look alike, don’t they?