We’ve long known that fossil fuel companies are doubly responsible for the current climate crisis. They’re major greenhouse gas emitters, and they’re major misinformation producers. Because corporations aren’t known for honestly reporting the harm they do, it’s hard to be certain of the numbers. A big question surrounding fracking, for example, was whether it would cause methane to leak into nearby water supplies, as well as into the atmosphere. It’s hard to measure exactly how much is being released at fracking sites, let alone from the surrounding areas. It’s also hard to be sure how much leaks from pipelines, or refineries, or storage sites. Now, for the first time ever on a global scale, a team of scientists has used satellites to track major methane emissions associated with the fossil fuel industry:

An international research team led by the Laboratoire des Sciences du Climat et de l’Environnement (CNRS / CEA / UVSQ), in cooperation with the firm Kayrros, have achieved a world first by completing a global tally of the largest emissions of methane into the atmosphere by the fossil-fuel industry. These may be accidental or the result of intentional venting associated with maintenance operations, which account for very large releases. To obtain their data, the researchers methodically analysed thousands of daily images generated by the ESA’s Sentinel-5P satellite over a two-year period. This allowed them to map 1,800 methane plumes around the globe, of which 1,200 were attributed to fossil-fuel extraction. They deem the impact of such releases on the climate comparable to that of 20 million vehicles on the road for one year.

These emissions account for 10% of the total estimate for the industry. Yet they are just the tip of the iceberg because the satellite is only able to routinely detect the biggest plumes (>25 tonnes per hour of CH4), which are also the most intermittent. The researchers demonstrate that these massive releases of methane are not randomly located but always appear over particular oil and gas extraction sites. As borne out by observations of these releases, whose volumes depend on maintenance protocols and diligence in the repair of leaks, the rules implemented by states and businesses play a major role. 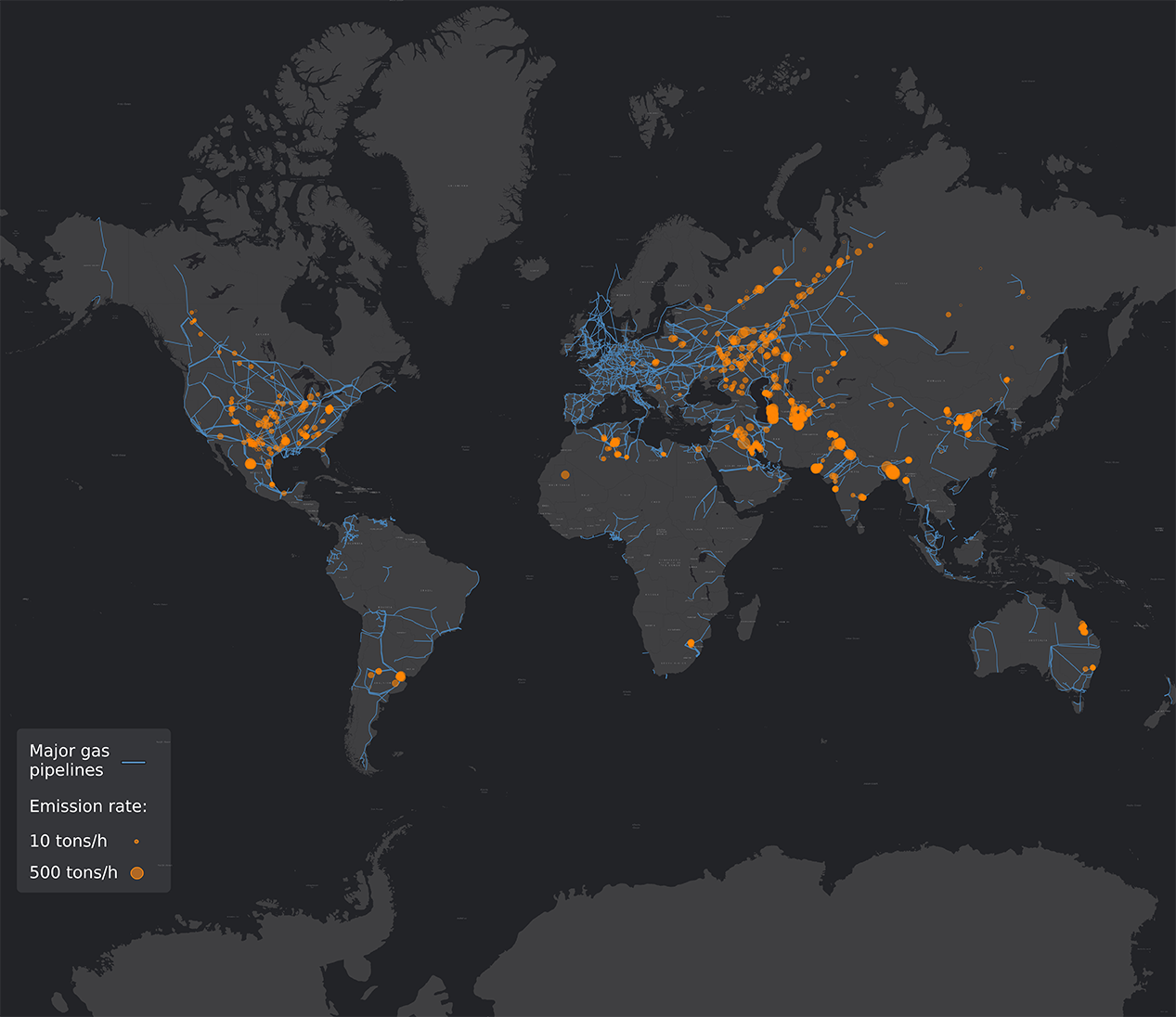 As the article notes, methane traps far more heat per molecule than CO2, which accounts for the vehicle comparison above. I think this underscores the point that efforts to make climate action a matter of personal responsibility and personal choice act as misinformation simply through the assumptions inherent in their framing. The amount of damage that any one of us does is dwarfed by what’s done by corporations and governments; and before anyone says that their pollution is driven by the needs of humanity, let me remind you that human need has next to nothing to do with how the global economy is run. The primary consideration is always profit, and they use things like lobbying and propaganda to create demand for their products, and to prevent alternatives from being readily available.

We need systemic change, and we can’t expect it from the people who hold power. We need to build collective power, so that we can exert real democratic control over our societies.

Thank you for reading. If you find my work interesting, useful, or entertaining, please share it with others, and please consider joining the group of lovely people who support me at patreon.com/oceanoxia. Life costs money, alas, and owing to my immigration status in Ireland, this is likely to be my only form of income for the foreseeable future, so if you are able to help out, I’d greatly appreciate it. The beauty of crowdfunding is that even as little as $1 per month (that’s like three pennies a day!) ends up helping a great deal if enough people do it. You’d be supporting both my nonfiction and my science fiction writing, and you’d get early access to some of the fiction and some other content.