The film Nosferatu: A Symphony Of Horror debuted in Germany on March 4, 1922, one hundred years ago, starring silent film actor Max Schreck, and directed by F. W. Murnau.  While not the first film featuring a vampire as a character, it is the oldest surviving vampire horror film. 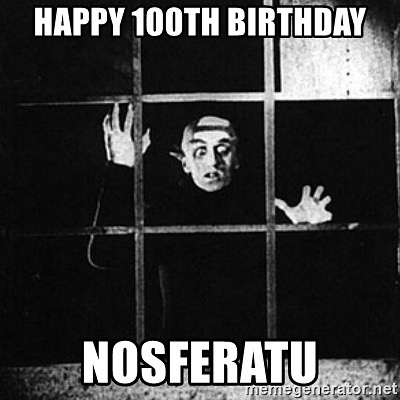 Nosferatu was plagiarized from Bram Stoker’s novel Dracula, which was published on May 26, 1897.  Other than changes of character names and inventing the idea of the sun killing vampires, it is essentially the same story.  Bram Stoker’s wife Florence Stoker (née Balcombe) was the executor of his estate and sued the studio, demanding all copies of the film be destroyed.  All the originals were, but some of the copies sent out to theatres survived.  Those copies have been edited and altered in some way (e.g. colouring, editing of scenes), but it is essentially the same film.  The original release, however, has been lost to time and their is no true original anymore.  The legal action sent the studio into bankruptcy.

Claims have been made that the title character Count Orlok is an anti-semetic caricature.  If it is, the film was made three years (and released two years) before Adolf Hitler’s “Mein Kampf” was published in 1924.  It’s unlikely his own rabid ideas has much influence on the film; if any anti-semetism were in the film, it reflected general societal attitudes.  Jacinda Kumar: Murnau’s “Nosferatu” (1922) within the wider context of Weimar Cinema (PDF).

But an event of that era may have been an influence on the story: the Spanish flu pandemic of 1917-1918.  (The link below mentions March 15 as the release date; I have seen multiple dates, I’m going with the earliest, March 4.)  If this is true, the film makers’ willingness to make social commentary was impressive.  From Polygon.com, emphasis mine:

100 years ago, Nosferatu made vampire movie history out of a global catastrophe

Directed by F.W. Murnau and written by Henrik Galeen, the German Expressionist landmark turns 100 years old on March 15. Due to a legal battle with Stoker’s estate — after producers failed to purchase the rights to the novel, even though they credited it in the opening titles — Nosferatu spent its early life on the brink of erasure. But its narrative and visual language have echoed through the decades. These hallmarks grew out of a historical theme that has found renewed relevance in recent years: At its heart, Nosferatu is about fears of illness and plague. The silent-era classic opens with title cards describing a fictitious scourge, but its story was crafted in the shadow of the 1918 Spanish Flu, a pandemic that affected roughly a third of the world’s population. Like so much of modern horror, Nosferatu is a film where darkness consumes, light liberates, and color — yes, color — foreshadows both hope and doom.

The film makes a key historical association during Orlok’s voyage from Transylvania: The crew of the vessel he’s traveling on die off one by one, each with mysterious bite marks on their neck. While the audience isn’t made privy to their suffering, the specter of death looms over them beforehand — or rather, under them, in the rat-infested hull of their ship, where Orlok has stored several coffins filled with the cursed earth he needs to survive. It’s especially notable that rodents, the animals which once spread The Black Death on trade ships, can be seen burrowing through the very dirt that gives Orlok his power. Even Orlok himself has a rat-like appearance. (Many over the years have suggested the design could be an antisemitic caricature, and perhaps an inadvertent one. Galeen himself was Jewish, but the film certainly presaged more overt propaganda comparing Jewish people to plague rats in later years.)

Fortress of Solitude has a positive review, primarily of the film’s historical value, as does Horror Film History.  It is rated 97% on Rotten Tomatoes,  Roger Ebert rated it highly, as do reviewers on the IMDB.  Grunge goes into great detail about the film, its production and its messages.

Since the film is a hundred years old, it is obviously out of copyright and free to download and watch if you can find it.  There are multiple versions available on youtube, the Internet Archive, and elsewhere.  It’s worth two hours of your time.  Yes, overacting was the norm in the silent film era, but that was out of necessity, having to express ideas through body language (and the accompanying music) without voiced dialogue. 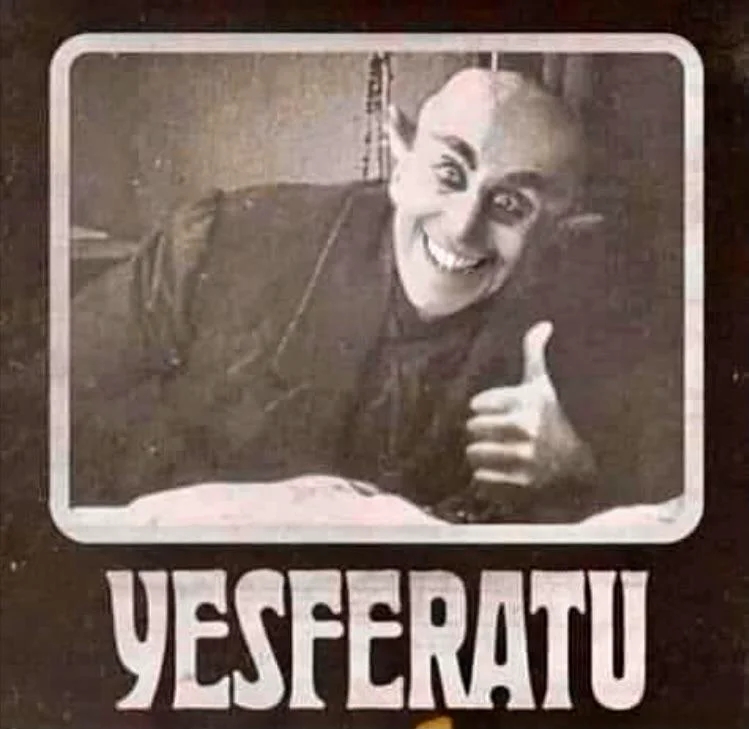