Lokomotiv Yaroslavl are a hockey team in the Kontinental Hockey League (KHL).  Most KHL teams (19) are based in Russia, but five clubs are in nearby countries (Finland, Latvia, Kazakhstan, Belarus, China). This means many flights are on Russian air carriers, whether commercial or charter.

In 2011, Lokomotiv had a new head coach in Brad McCrimmon (1989 Stanley Cup champion with Calgary, also a long time Philadelphia Flyer) who was highly respected on and off the ice across North America and Europe.  They also had many high profile players such as Pavol Demitra, bringing them in and away from the NHL with large salary offers.  Oil prices peaked in the early 2010s (Russia is a major exporter), so many KHL teams and their sponsors had money to spend.

Below is a photo of the 2011 team, taken days before their season began. 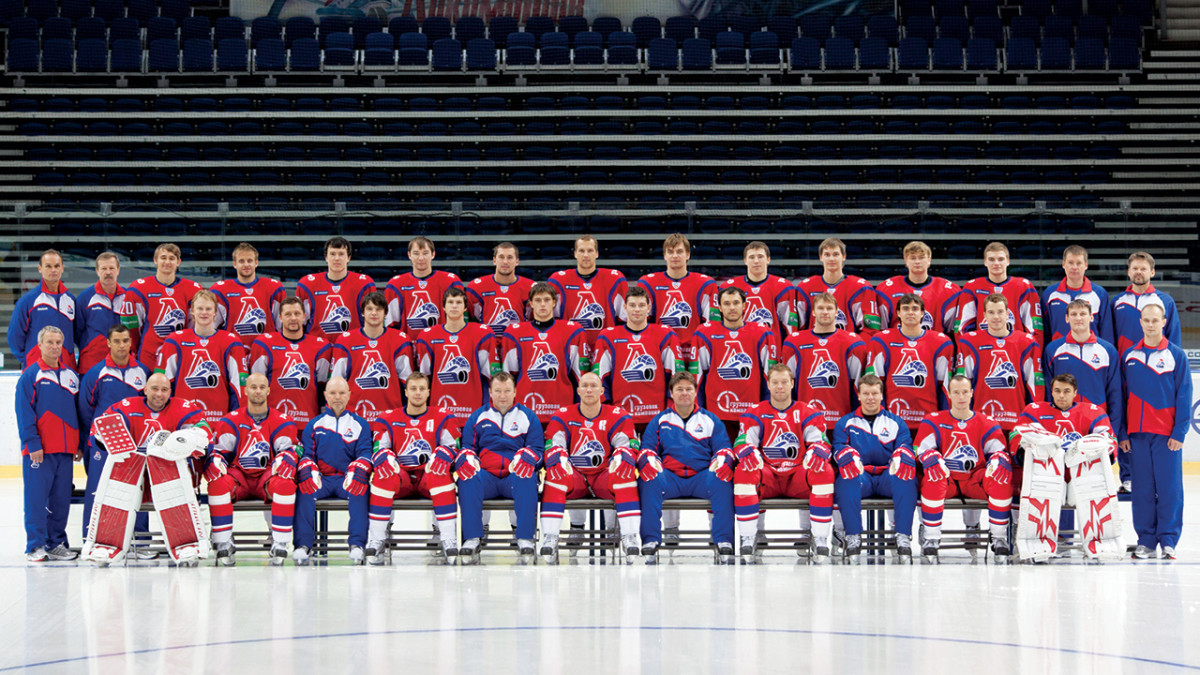 On September 7, 2011, ten years ago, thirty sevem team members (players, coaching, staff, etc.) boarded a charter flight for an away game in Minsk, Belarus.  The Finnish goaltending coach and reserve players did not travel with the team.  Spirits were high for the new season, and everyone expected things to be normal. The flight crew were very experienced, and it was a sunny day.

Within an hour, all but two on the plane would be dead.

While the crew were experienced, and the captain the most experienced, he was not very familiar with the plane they were flying. He unknowingly was activating the brakes while trying to take off (video of computer animation). The plane become airborne a few hundred metres after the end of the runway, but crashed less than a kilometre away.  As all planes are at takeoff, it was loaded with fuel.  The crash ripped apart the plane, burning and killing all but player Alexander Galimov (who would die of burns the next day) and the flight engineer who was in the back of the plane.  He was the only survivor. It was the third worst sports related airplane crash ever (in number of athletes killed, not other passengers).

The disaster was notable for how it effected the entire hockey world. This wasn’t just a Russian sports disaster, every major hockey playing country was affected.  Everyone in the NHL and top European leagues (Finland, Germany, Sweden, Czechia, etc.) knew somebody on that team.  I don’t know if there has been another sports related incident or disaster (other than 1955 Le Mans race and the 1972 olympics) that has affected as many countries and people at the same time.

Though I had stopped watching hockey when I moved abroad (internet streaming wasn’t a thing, no internet radio stations carried games, and the US military channels in South Korea never broadcast the NHL), I knew about and had watched many of these players in the 1990s.  The news was devastating to hockey fans everywhere.