Somaliland is a small nation on the Horn of Africa which declared its independence from Somalia in 1991, and celebrated its 30th anniversary on May 18, 2021.

Somaliland, along with Taiwan, is a member Unrepresented Nations and Peoples Organization, an organization for unrecognized states and ethnic groups (e.g. Uigyurs, Tibetans) that seek independence or better treatment and human rights from the nations they belong to. 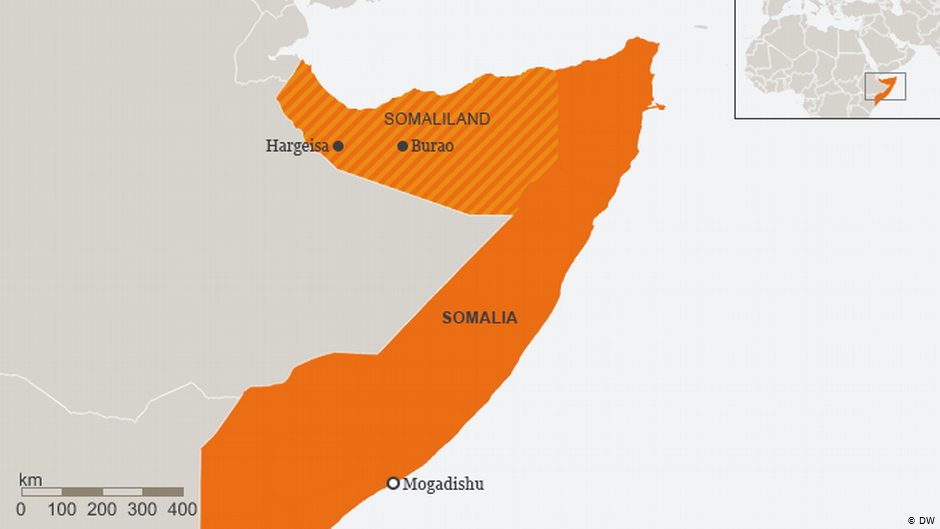 After colonialist and imperialist rule of Italy, the UK and others, Somaliland  was the first to break away in 1960.  When Somalia created its own nation separate from Ethiopia, Somaliland made the mistake of forming one nation with Somalia instead of independence and UN recognition.  It’s very similar to Taiwan’s past insistence on still being the legitimate government of China, thus losing its chance at UN recognition.

Somaliland is (unsurprisingly) predominantly muslim, though unlike others there is no law against conversion to other religions.  Government run schools include islam, but private schools do not.  And most interesting, the country’s constitution does not allow political parties or movements based on religion.  It cannot be called a secular state, but unlike most countries in the region there is no oppressive imposition of religion socially or legally.

With little international recognition, Somaliland has nevertheless cultivated a reputation for being more stable and more democratic than its neighbor Somalia.

The self-declared country of Somaliland remains largely unrecognized by the rest of the world.

But that hasn’t stopped its estimated 3.6 million people from celebrating its 30 years of independence.

Videos on social media showed young people draped in green, red, and white — the colors of the national flag.

Despite functioning as a de facto state with its own passports and constitution, Somaliland remains unrecognized by the African Union, United Nations and most countries, including the United States.

Still — Somaliland has increasingly sought to establish diplomatic, political and business relationships with countries like Taiwan, the United Arab Emirates and Kenya.

“Every Somalilander tells you that the people of the republic of Somaliland have no intention of reuniting with Somalia,” he said.

While he’s hopeful that the international community will recognize Somaliland soon, he said, regardless, the country will continue on its path of democracy and independence.

Being ignored by the international community and seen as “the northwest of Somalia”, Somaliland’s leaders realized self-sufficiency and independence were necessary.  Instead of seeing foreign aid, they courted international trade with other nations in the region.  The result is similar to Taiwan’s, having a growing domestic economy and international economic partners.

Doing better without aid: the case of Somaliland

International attention on Somaliland was particularly slight in the 1990s, during which time the region started to break away. In that decade, the United Nations and United States spent US $4 billion on fruitless military operations and lavish peace conferences on Somalia while the equivalent of 0.0025% of that sum was spent on similar (and more fruitful) peacebuilding efforts in Somaliland.

This was a splendid isolation, argues Phillips, an associate professor of international security and development at Sydney University. It gave Somalilanders ‘the freedom to cherry-pick from local and international institutional governance models and to experiment with what was seen as likely to work given the local context.’ In not having irksome advisers, donor roundtables or heads of mission hawking programs developed far-far away, Somalilanders had the time and space to shape unencumbered their own political settlement and governmental arrangements.

Here are a few more items on Somaliland’s 30th anniversary of independence:

African Arguments: Somaliland at 30: Still unrecognised, but alive and well

Somaliland has become a political chess piece in Africa.  While refusing to recognize Taiwan’s independence, China is courting Somaliland (which China also does not recognize) in an attempt to break its economic and political ties with Taiwan. For the moment, China’s strongarm tactics are not working as they have with other countries in Africa and Latin America.

Somaliland and Taiwan: Two territories with few friends but each other

Both Taiwan and Somaliland appear to be fully functioning states which proudly declare their independence yet neither is recognised internationally and now, as Mary Harper reports, they are moving closer together.

In fact, “humble” is misplaced as the mission is rather swish, located in a large villa next to the ministry of religious affairs in Somaliland’s capital, Hargeisa.

A Taiwanese flag flutters gently in the warm breeze – its red, white and blue colours striking against the clear blue sky.

Although some see their relationship as bizarre, Somaliland and Taiwan are in many ways natural bedfellows.

China-Taiwan Competition over Somaliland and Implications for Small Countries

Over the past two months, the very public rivalry between China and Taiwan has moved into the Horn of Africa over representation in unrecognized Somaliland. On July 1, Taiwan’s Ministry of Foreign Affairs announced that it had signed a deal with Somaliland to establish reciprocal representative offices to foster greater cooperation in “agriculture, education, energy, fisheries, health, information and communications, and mining.” The opening of offices and the exchange of diplomatic staff were delayed by COVID-19 restrictions—with the Somaliland office in Taipei scheduled to be opened in September 2020—even though talks between the two sides had been going on for months prior to the July announcement.

On August 17, the “Taiwan Representative Office” opened in Hargeisa. President Tsai Ing-wen recorded a video to mark the occasion; the opening ceremony was attended by Somaliland’s Minister of Foreign Affairs and International Cooperation Yasin Hagi Mohamoud. This office is the only one of Taiwan’s that uses “Taiwan” in the official office name, instead of Taipei (generally for offices in countries that it does not have formal relations) or Republic of China (generally for offices in countries that it maintains formal diplomatic relations with). For outside observers, the use of “Taiwan” in a diplomatic office might not seem like that big of a deal, but considering that it is the only instance that the country’s unofficial, but widely used, name appears, it should be viewed as a win—especially since in international fora Taiwan is often forced to use “Chinese Taipei” to have a chance at a seat.

In early August, Chinese Ambassador to Somalia Qin Jian met with Somaliland President Muse Bihi Abdi. According to reports, Qin offered Somaliland a development package on the condition that talks with Taiwan cease. Later in August, another high-level delegation met with President Bihi to discuss similar topics. Beijing’s attempt to sway, or pressure, Somaliland failed. The Chinese officials apparently offered to open a representative office in Hargeisa instead, as well as aid for developing roads and an airport. The way in which Beijing treated President Bihi in these meetings appear to have spurred him to look into the process of formally recognizing Taiwan.

One of China’s primary aims is to keep Taiwan as diplomatically isolated as possible, so the Chinese Ministry of Foreign Affairs had worked before the July 1 announcement to stop the Somaliland-Taiwan relationship from developing. That campaign intensified over the past two months and didn’t work out in Beijing’s favor. Foreign Ministry Spokesperson Zhao Lijian said on August 18, “China firmly opposes the establishment of official institutions or any form of official exchanges between Taiwan and Somaliland.” And then, on August 19, Zhao made a veiled threat at Somaliland and any country with a relationship with Taiwan: “Those going against the trend to challenge the one-China principle will get burned and swallow the bitter fruit.” It is not entirely clear what Zhao meant by “swallow the bitter fruit,” but Beijing has successfully pressured other countries and private companies into downgrading their relationship/classification of Taiwan in the past, so getting spurned by Somaliland must have been quite a shock.

The Sellout Sells Out: John China and his cowardly apology to Beijing » « Let’s Celebrate: Happy World Goth Day to you all