On Thursday, PZ Myers wrote about the origins of Dungeons and Dragons, an article and about a documentary on it.  I managed to get copies of those books in the early 1990s after the height of the fad had passed and a toy store was dumping old stock.  I didn’t own them for too long; after I graduated from college in April 1994, I pretty much stopped playing and had to sell or give away of all my D&D materials for a move.  (Yes, the 25th anniversary of my graduation recently passed – scary thought.)

My feelings and nostalgia about the game aren’t about the game play, the adventures, or about late night sessions.  What I look back on most fondly are the people.  Growing up how I did, D&D was a lifechanger and a lifesaver.  Continued below the fold….

Excerpts from “Put Away Childish Things”, by Harley White:

Put away childish things
yet keep the childlike wonder.
Though dreams be rent asunder
our wishes still have wings.

Put away childish whim
yet not delight in playing,
then when the world’s dismaying,
our days won’t seem so grim.

Put away childish fears.
Nonetheless, through thick and thin
hang on to the child within,
the laughter and the tears,

all the livelong years…

I grew up in an abusive home, verbal, physical, and emotional.  A kid should never know what it feels like to be strangled by their own parents, and I felt it more than once.  Between them and public schools which still allowed teachers to hit left handed kids until grade four, and bullies at school, it shouldn’t surprise to say I was extremely shy, introverted, and had a stammer.  I was so self-conscious that I couldn’t speak two words in front of two people at a time. From grade five onward, school and teachers became a refuge away from home.

In 1981, I moved to a new town and started grade nine at a new school, a combination junior and senior high, which did nothing to reduce the bullying from other kids.  It was there that I made friends who introduced me to D&D.  Escapism (RPGs and a good public library) and doing homework together got me out of the house and away from them in the evenings.  I played regularly throughout high school and even after graduation in 1985.

I enjoyed the game, but what I enjoyed more were the players.  For the first time, I met people who listened and encouraged me to speak, something I desperately needed and had never experienced before.  These were the first people who were patient enough to let me speak through my stammer, not interrupting or outshouting me (not even school teachers helped there).  I was still painfully shy around most people, but the dozen or so RPG regulars I hung around with did much to bring my out of my shell, and my first year at college in 1985-86 did the rest.  Academically, the year was a failure, but in terms of being around adults and being treated like an adult in an atmosphere free of bullying, it made a massive difference in my communication skills.  (Yes, there was a four year gap before I began college properly.)

There’s a lot more to my story than that, but that’s the gist of it.  I’ve never been terribly interested in playing RPGs again, but I look back on those nights fondly.

Every player has their own preference for D&D versions.  Many adamantly stand by the First Edition, some prefer v3.5, others like the new rewrites and the open source versions.  Call me an oddity, but I actually preferred the Basic and Expert Set Rules from 1980.  I liked the simplicity, the lack of minutiæ, the single book format.  They had their flaws, but they were an easy introduction for beginners and were more complete games than the 1974 rules, more enjoyable than the “new basic set” that Wizards of the Coast distributes.  Their new basic set is about as enjoyable as was “Worlds of Wonder”, an intro-to-RPG system by Chaosium. 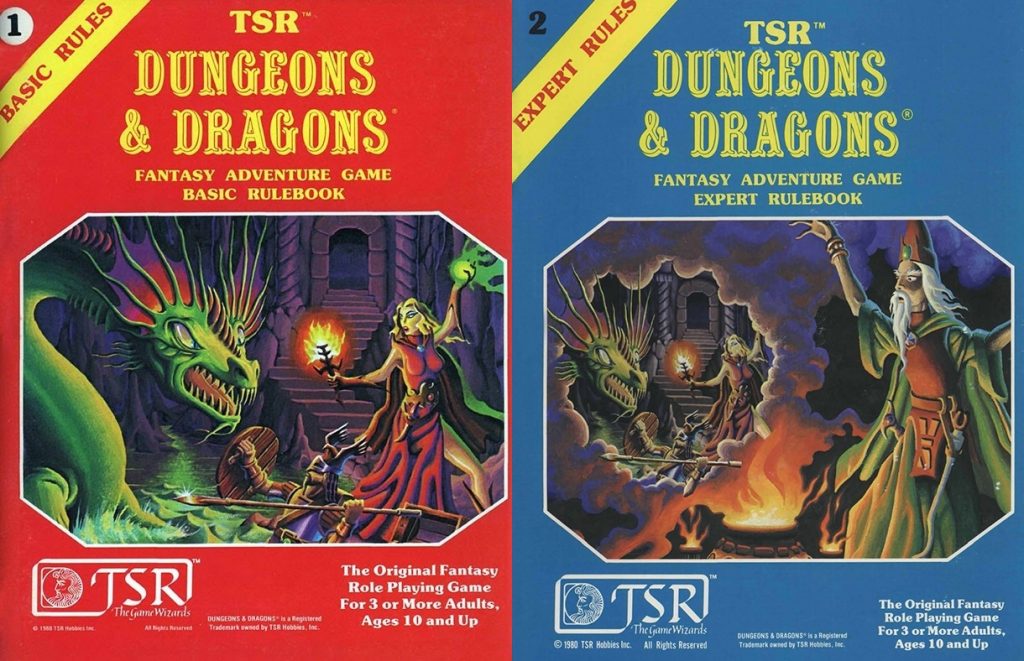 In 1989, Rick Saada released the game Castle of the Winds for Windows 3.1, a turn-based single player RPG based on Norse mythology which I played several times in college…and since then.  It would be tempting to create an unauthorized paper RPG out of the game, a very simple but playable system of rules.  The game was fairly similar to D&D in play, but also to other tile-based swords and sorcery games of the era (i.e. Ultima II, III, IV).

The first part of the game was shareware, the second part required registration for US$25.  Saada later released the registered version for free, which you can download and play.  Visit The Temple of Odin: Downloads to obtain Castle of the Winds, as well as cheats, saved games and strategy tips.  A browser-based version of CotW also exists.

If the name Saada sounds at all familiar, he is the executive producer for the MMORPG, Pirates of the Burning Sea (PotBS) and creative director of Earthfall.

Keep Looking: It’s never too late to reconnect with your past » « Growth Stunted: Another good explanation of toxic masculinity